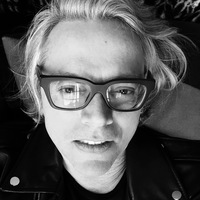 Axis Mundi was founded by John Beckmann in 2004, who received a Bachelor of Fine Arts in Environmental Design from Parsons School of Design. During his studies, he apprenticed with master minimalist Joseph P. D’Urso and, after graduating, collaborated with various other design luminaries. Throughout his career he has honed an astute understanding of the intersections between architecture, design and contemporary art.
Beckmann’s honors include a grant from the Graham Foundation for Advanced Studies in the Fine Arts (1998) and a McDowell Colony Fellowship (2010). He both edited and contributed to The Virtual Dimension: Architecture, Representation and Crash Culture (Princeton Architectural Press, 1998), one of the first books to grasp the implications of digital technologies on the fields of architecture and design. Beckmann has also been a visiting critic at Yale School of Architecture, Pratt Institute and Parsons the New School for Design, and he has been a featured guest on Bloomberg TV and LX-TV’s Open House.