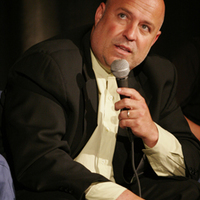 The work of Lawrence Scarpa has redefined the role of the architect to produce some of the most remarkable and exploratory work today. He does this, not by escaping the restrictions of practice, but by looking, questioning and reworking the very process of design and building. Each project appears as an opportunity to rethink the way things normally get done – with material, form, construction, even financing – and to subsequently redefine it to cull out its latent potentials – as Scarpa aptly describes: making the “ordinary extraordinary.” This produces entirely inventive work that is quite difficult to categorize. It is environmentally sustainable, but not “sustainable design;” it employs new materials, digital practices and technologies, but is not “tech” or “digital;” it is socially and community conscious, but not politically correct. Rather, it is deeply rooted in conditions of the everyday, and works with our perception and preconceptions to allow us to see things in new ways.

Over the last ten years, Mr. Scarpa’s firm BROOKS + SCARPA received more than 50 major design awards, notably 16 National AIA Awards, including the 2010 Architecture Firm Award, the 2006 and 2003 AIA Committee on the Environment “Top Ten Green Project” awards, 2005 Record Houses, 2003 Record Interiors, 2003 Rudy Bruner Prize, and finalist for the World Habitat Award, one of ten firms selected worldwide. In 2004 The Architectural League of New York selected him as an “Emerging Voice” in architecture and in 2009 he received The Lifetime Achie­vement Award from Interior Design Magazine. In 2010 his firm Pugh + Scarpa received the AIA National and California Council Firm Award. His work was recently exhibited at the National Building Museum in Washington, DC and featured in NEWSWEEK. Mr. Scarpa has appeared on the Oprah Winfrey Show in an interview with Leonardo DiCaprio.