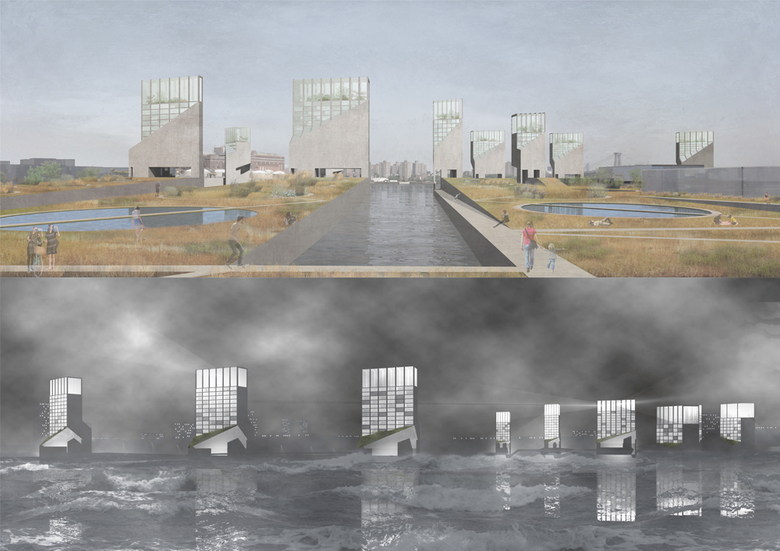 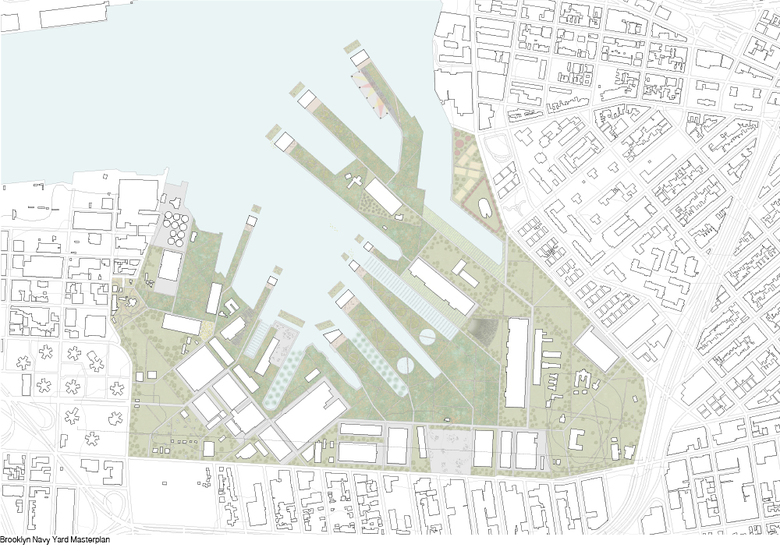 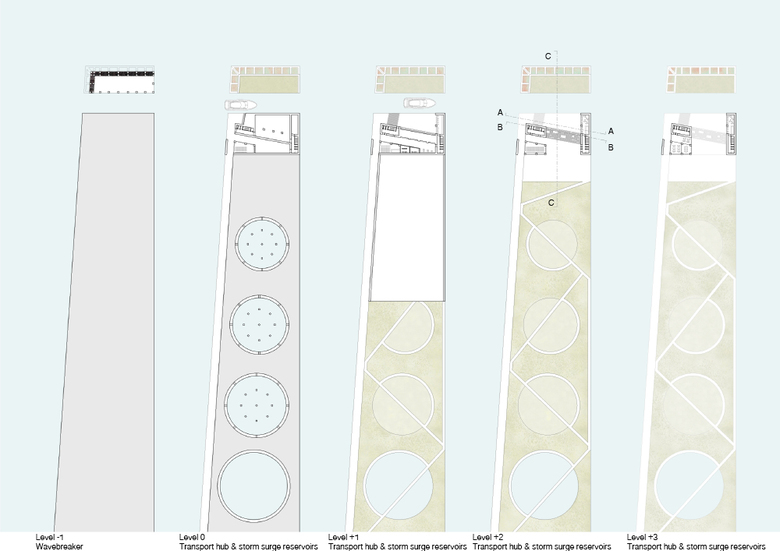 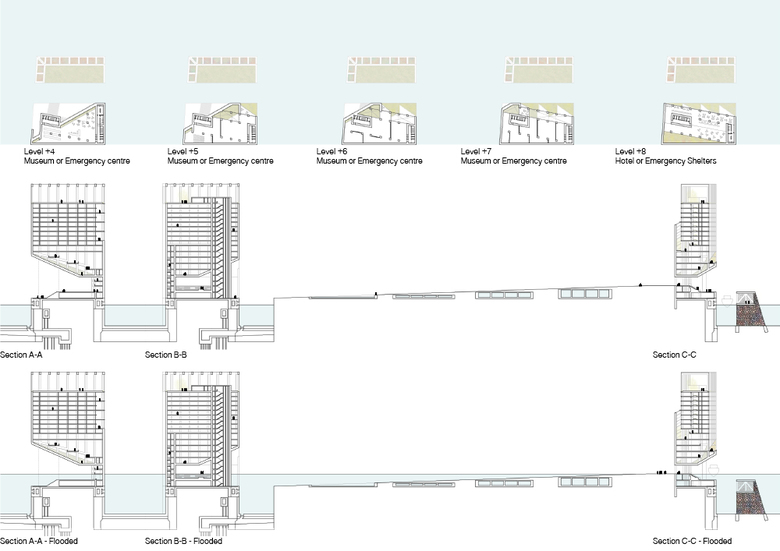 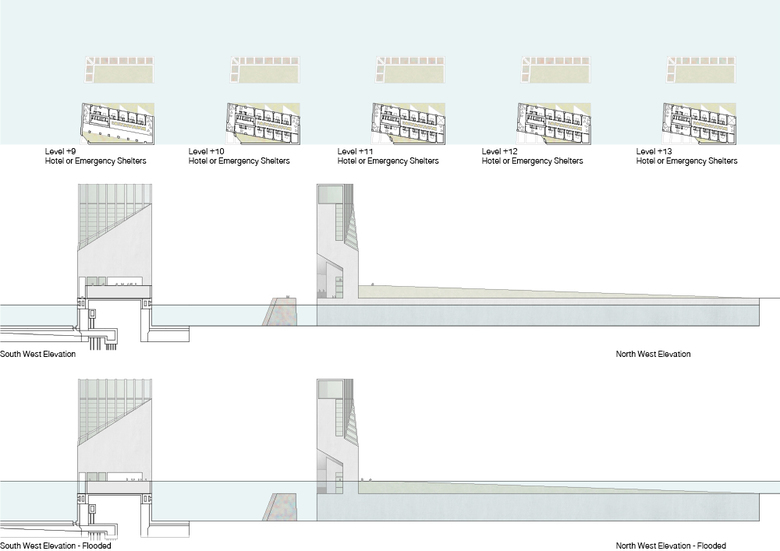 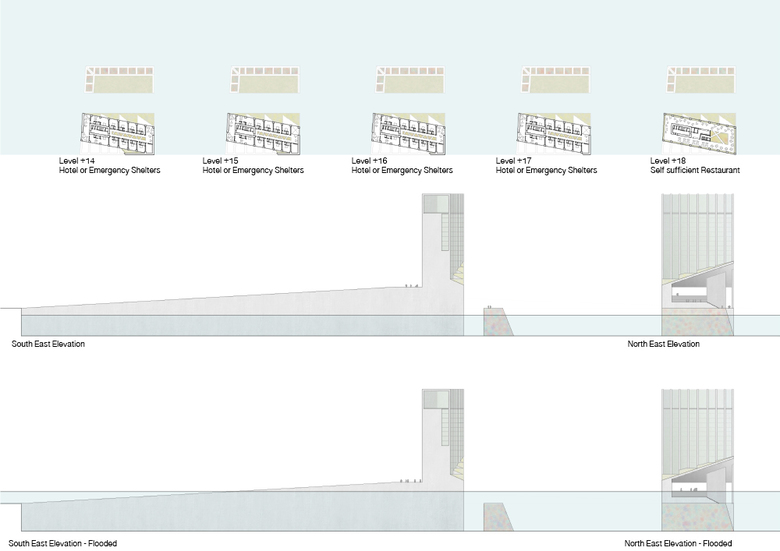 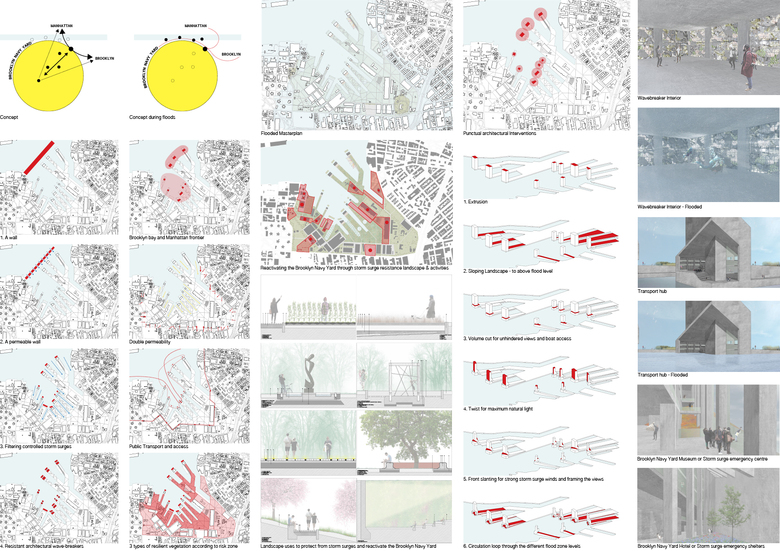 Protection as a Catalyst

"This Project deals with the threat of storm surges. Through a coherent use of both resilient and resistant protective themes it aims not only to protect the area from this threat but also to use it as a way to reactivate the area. Architecture and landscape merge with functions that adapt and/or protect, welcoming storm surges and taking advantage of them."

The location for this project is the Brooklyn Navy Yard in New York. I chose this site due to the fact that both the site and the city had recently experienced two storm surges in succession. Its key location as a sort of bay along with its historical importance and current development as a sustainable industrial park offered me different ways to approach the project. It allowed me to tackle my proposal that a series of smaller well-located interventions could offer protection to the neighboring areas as well as opportunities. As I completed my project I not only thought of the urban and architectural intervention as a protective bay but also as a green void there for the development of the neighboring areas.

My project integrates protection, urban spaces, along with architecture, all merged into one master plan. A transport hub that transforms into a leisure zone, a museum that transforms into an emergency Centre, a hotel that becomes emergency shelters for the homeless, park activities that change and adapt with floods and seasons, a building as a wave breaker. I did this project because with climate change the recurrence of storm surges worldwide is increasing and waterfronts will have to adapt as we have recently seen.

However, whenever I thought of it I started to view these storm surges as a new season, albeit less recurrent but still present. Through my project I thought to tackle the issue as such, taking these storm surges as a new season that though fraught with peril still offers different experiences and situations to the inhabitants if controlled responsible and creatively. Therefore it was never my intention to stop the storm surge but rather let it in, in a controlled manner and offer the people a unique experience.

By viewing it as such, protective elements suddenly transformed and became objects for the users not only during storm surges but also for daily use. Thus the architecture sprung up in quite the same manner: As a protective element and polyvalent enough to offer different responses and experiences to the different situations that could occur. I could state that my intention with this project was to change the negative connotations of storm surges to positive ones.