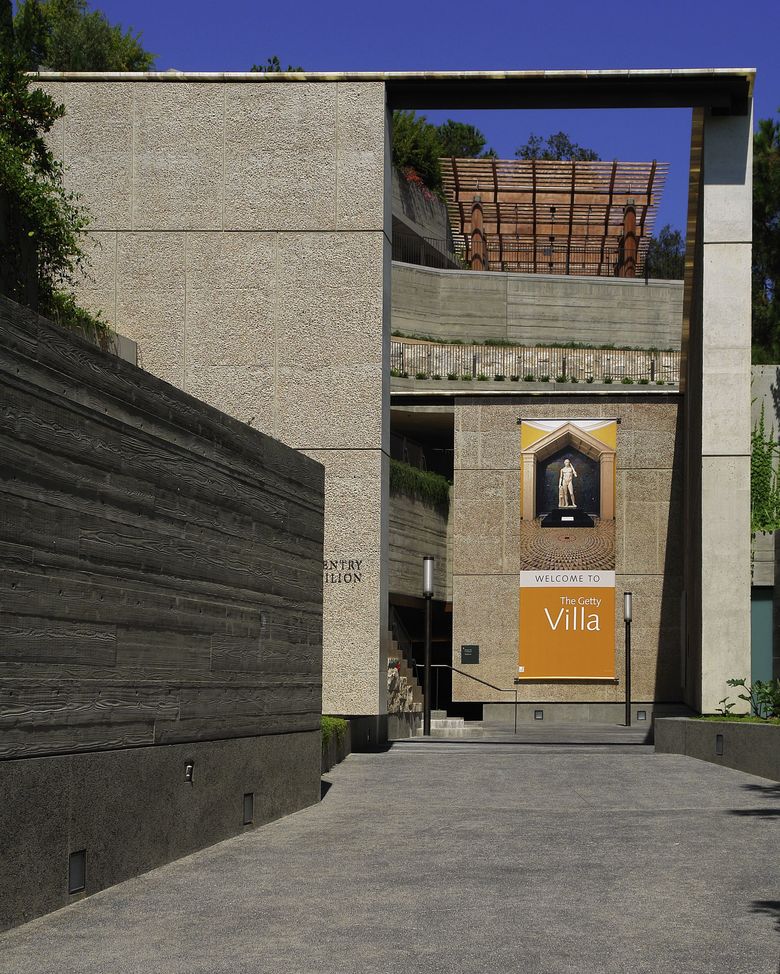 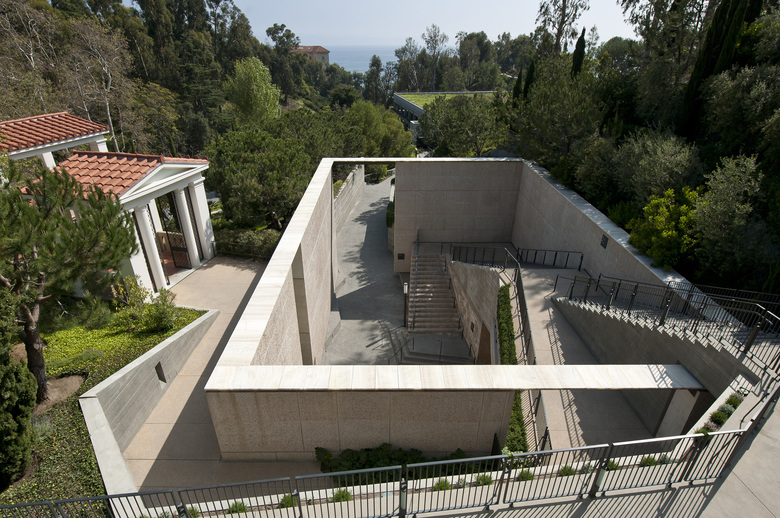 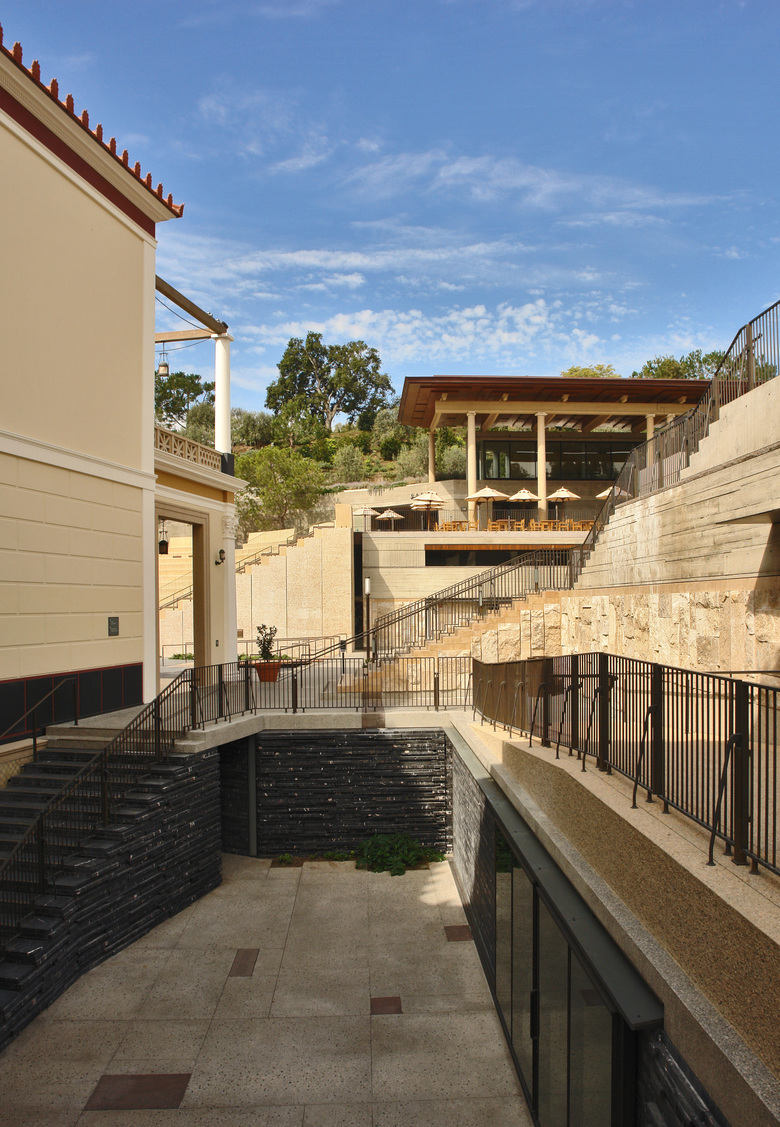 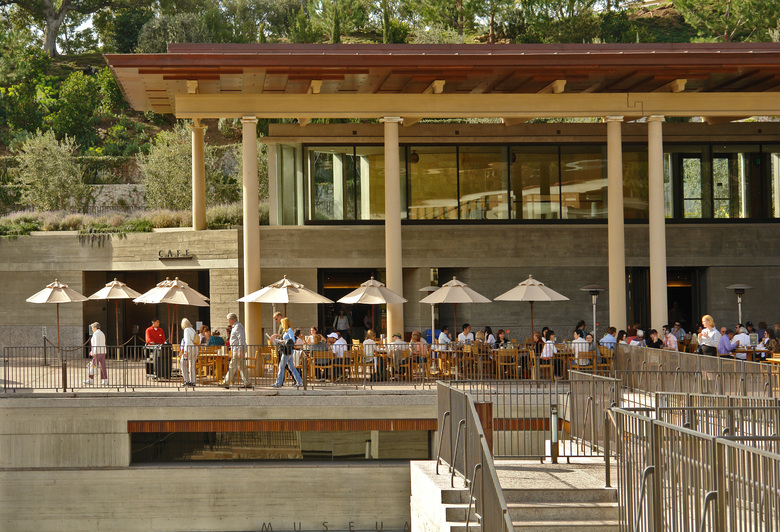 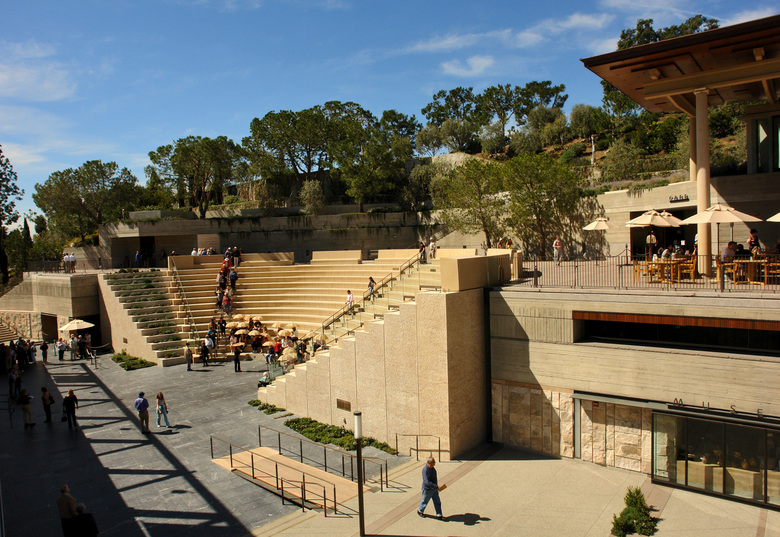 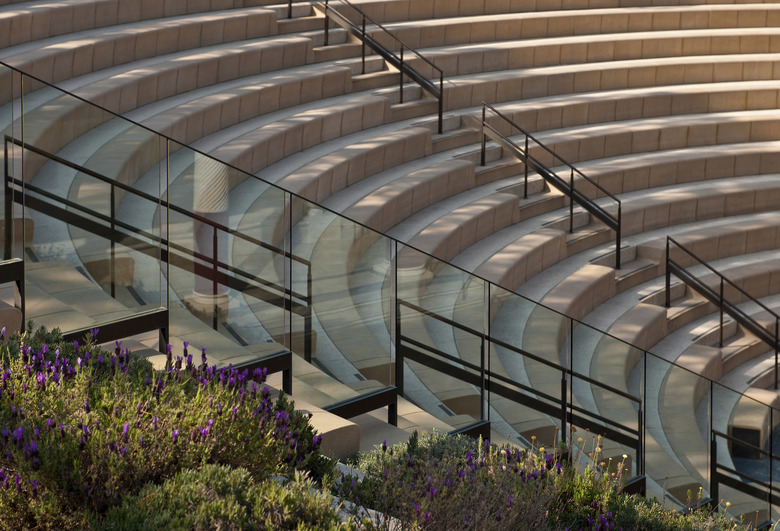 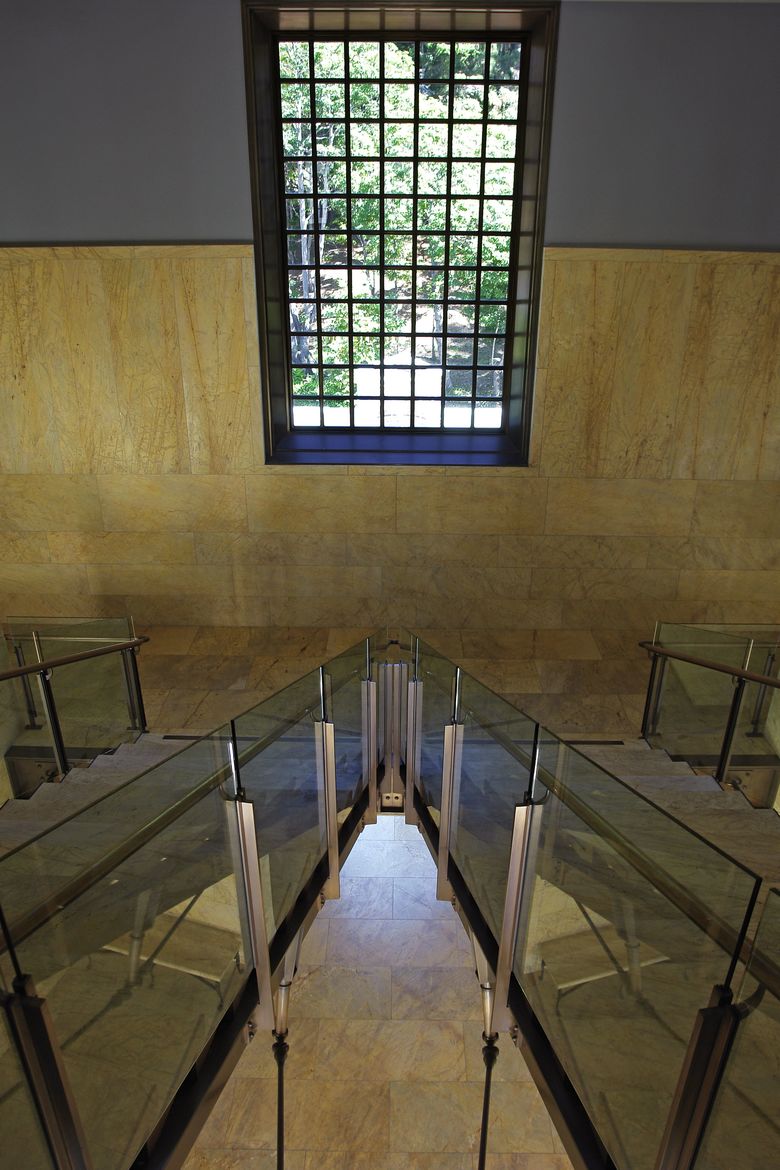 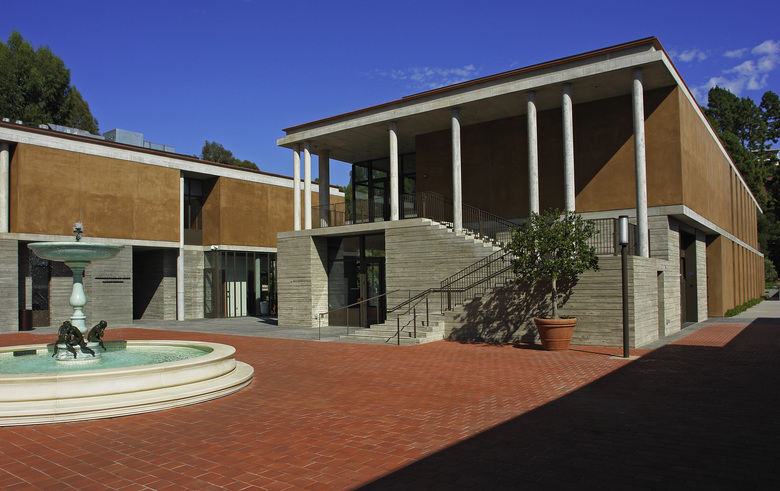 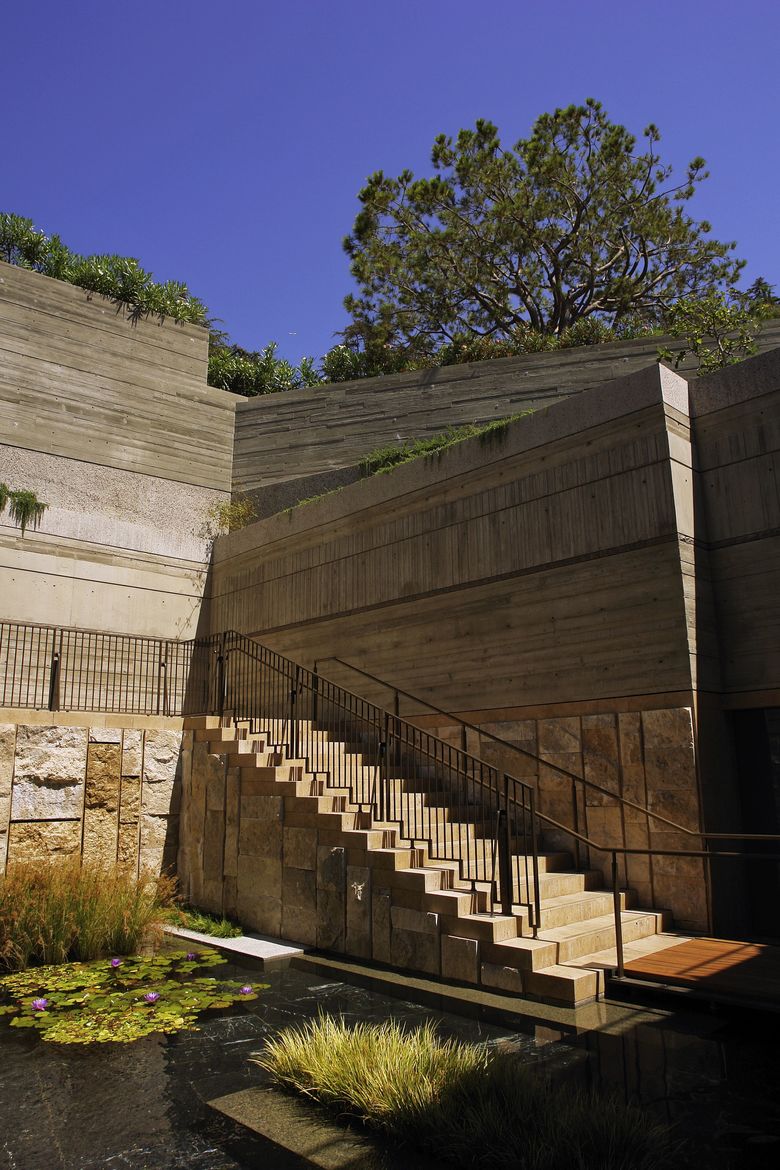 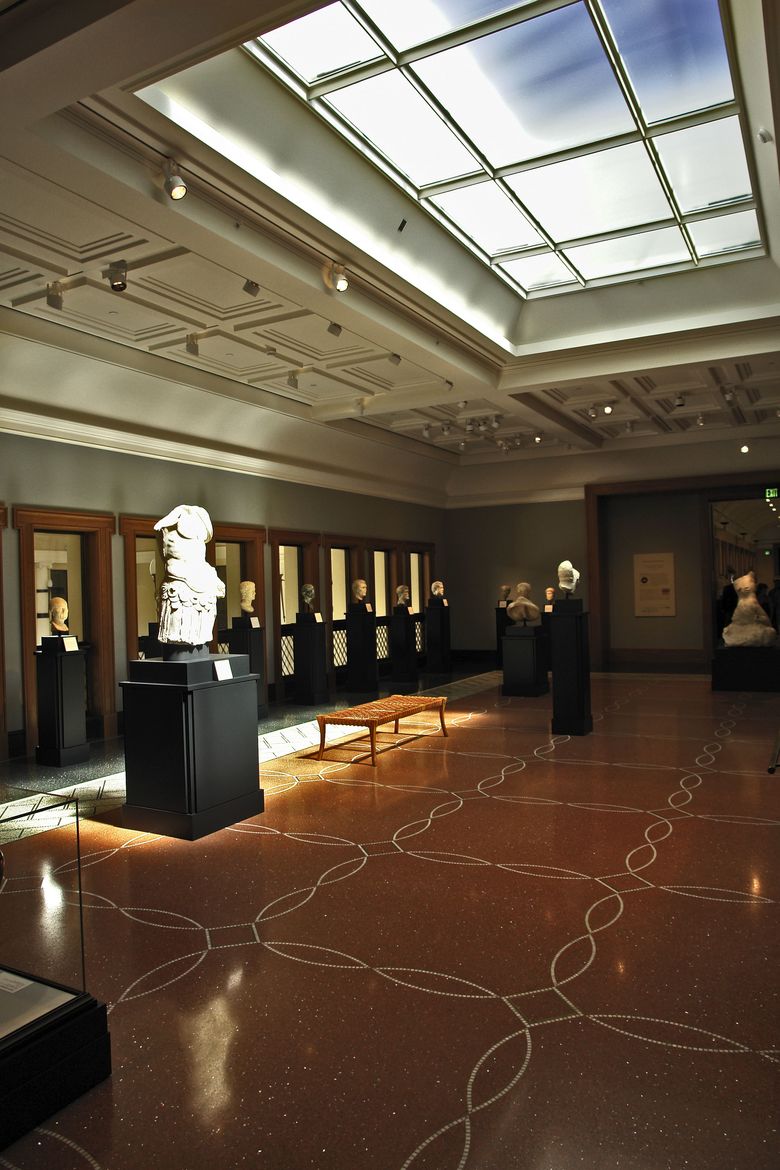 As an educational center and museum dedicated to the study of the arts and cultures of ancient Greece, Rome, and Etruria, the Getty Villa serves a varied audience through exhibitions, conservation, scholarship, research, and public programs. Through an extensive international search, the Getty Trust commissioned Machado and Silvetti Associates for the master plan and design of the new expansion.

The project includes the remodeling of the existing J. Paul Getty Museum (a re-creation of the Villa dei Papiri, a first-century Roman country house) to create a new home for the Getty’s permanent collection of antiquities; the transformation of Mr. Getty’s ranch house into a research facility; and the construction of new buildings, public areas, and gardens. The various elements—including the new Entry Pavilion, the Barbara and Lawrence Fleischman Theater, Café, Museum Store, conservation labs, scholar’s library and educational facilities— are conceived as an integral part of the new gardens and outdoor spaces, with the original villa serving as the centerpiece. These new elements are either expressed as stratified retaining walls (such as the Auditorium, the Museum Store, and the conservation labs) or articulated as discrete architectural elements (as is the case with the Entry Pavilion and the Theater).

The new architecture neither contrasts nor emulates the architecture of the museum building itself, but defines the character for the new Getty Villa site so that it stands on its own while seeking harmony with all the disparate existing structures, steep topography, the gardens, and public spaces. What had originally been a set of unrelated buildings and paths is now a coherent, harmonious environment. The new architecture transforms the inherent topographical difficulties into an amenity, allowing visitors to wander through the lush site, following the contours of the design and terrain, as if experiencing the drama of an archaeological dig.