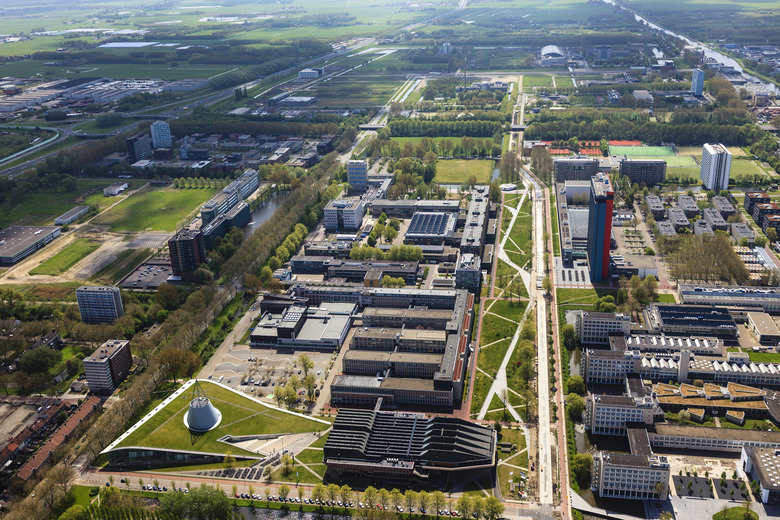 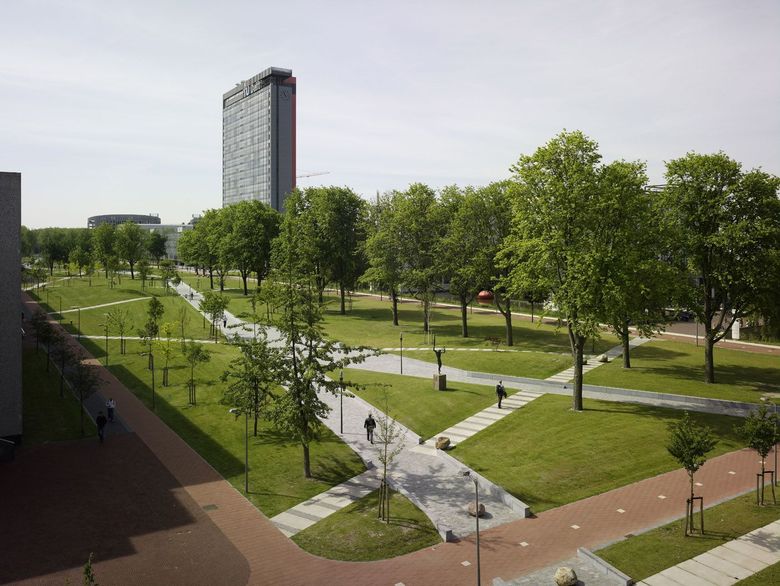 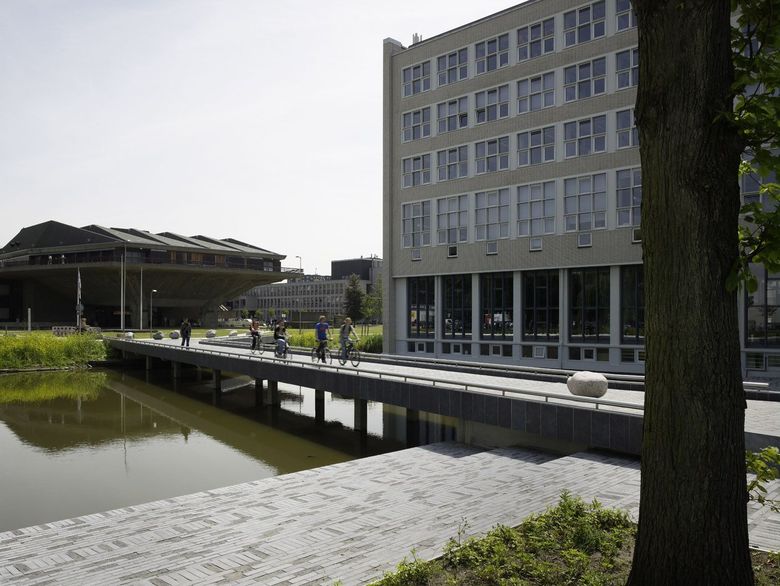 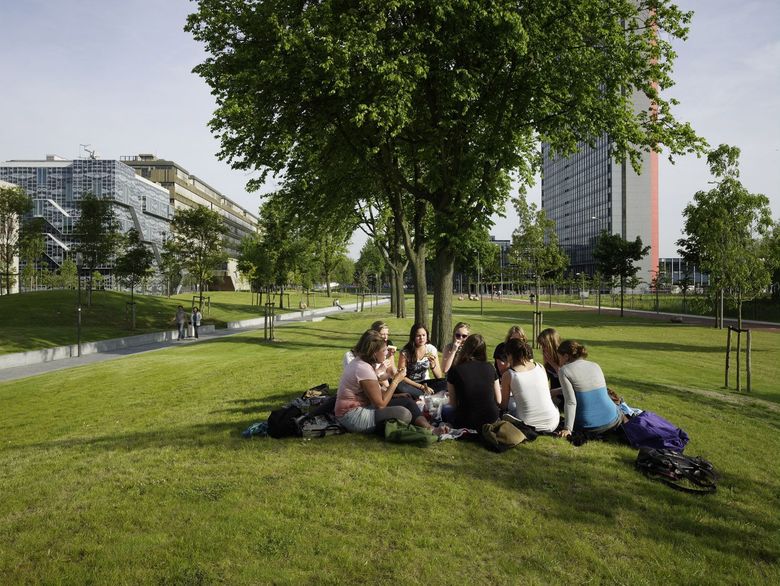 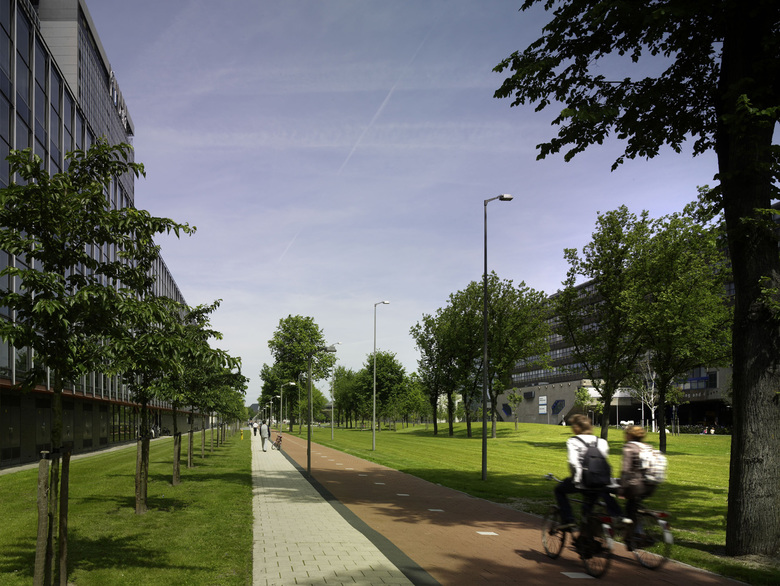 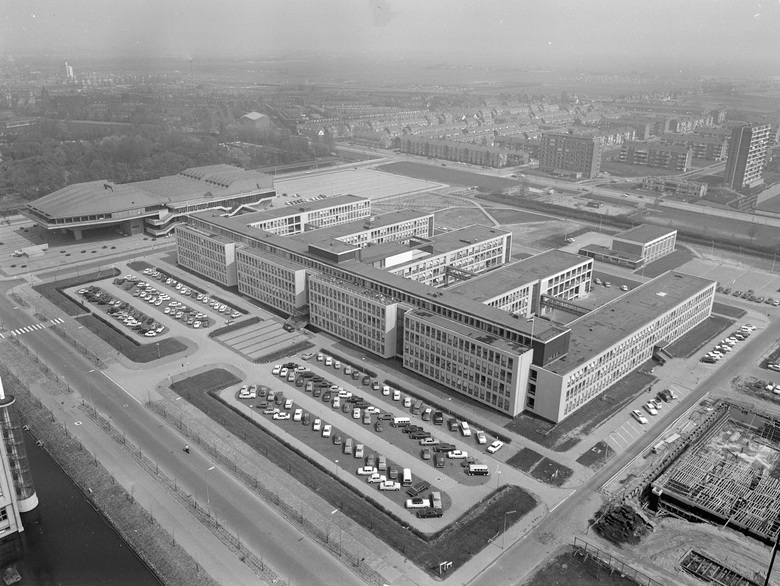 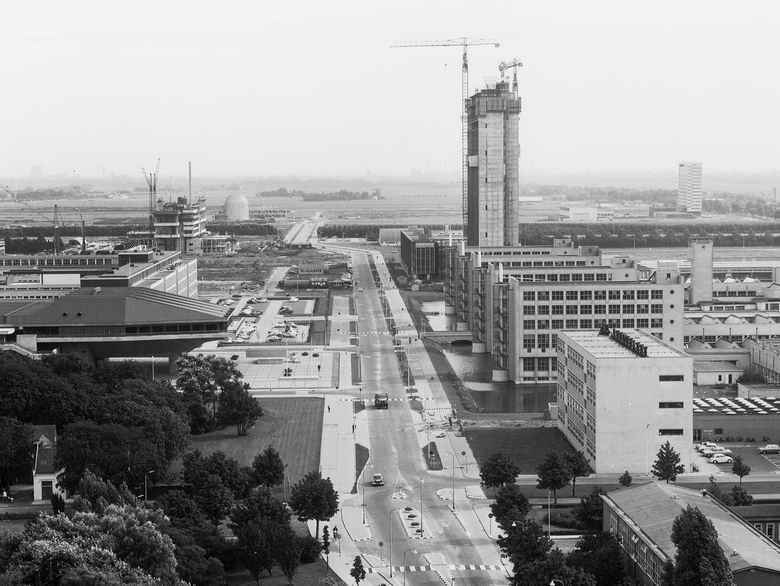 The busy Mekel Road, which divided the campus of the Delft University of Technology (TU Delft), is replaced by the eye-catching Mekel Park. Centrally located, the park connects the various faculties of the TU Delft, and in doing so, reflects the interdisciplinary character of the university.

At 800 metres long and 80 metres wide, Mekel Park lends a grandeur to the university and provides an enjoyable meeting place for the international community of teachers and students.

Mekel Park forms a corridor for pedestrians, cyclists, skaters and public transport along a carefully composed network of paths. Three stops for buses and trams are located on the edge of an esplanade, called the Nieuwe Delft, which zigzags the length of the park.The bluestone edge of this route is an extended bench that stretches for one kilometre, while the pavement of mixed cleft granite cobblestones lends the esplanade a bold and distinguished character. A network of smaller paths intersects Nieuwe Delft and the rest of Mekel Park, complemented by a meandering band of trees made up of various species.

The former sunken car parking areas are transformed into slopes, with resulting height differences that accentuate the landscape of trees. Each faculty has its own entrance square of the park.

Planned shops, restaurants and cafés with terraces facing Mekel Park will enhance the lively campus feel. Mecanoo has realised several projects on the campus, like the Library Delft University of Technology and 200 housing units for international students.