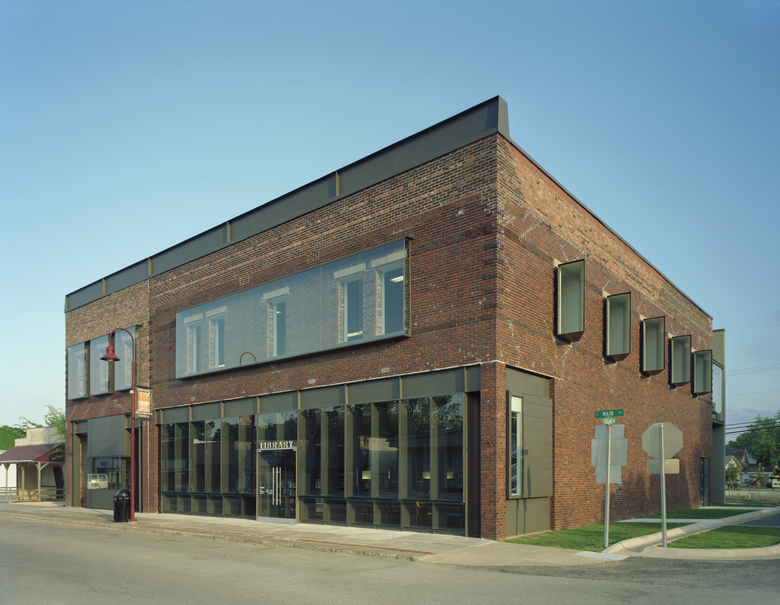 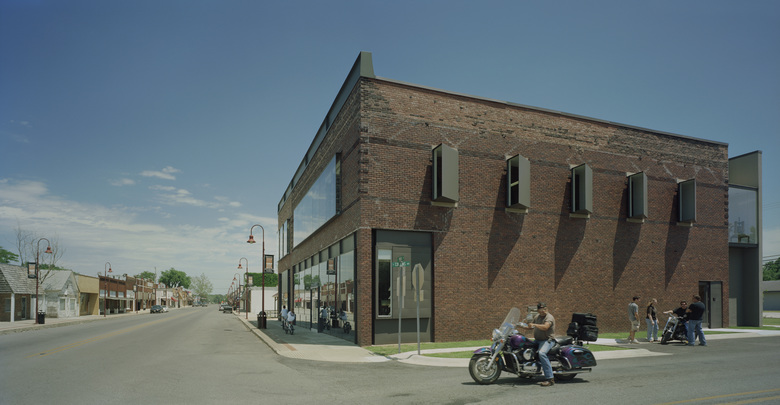 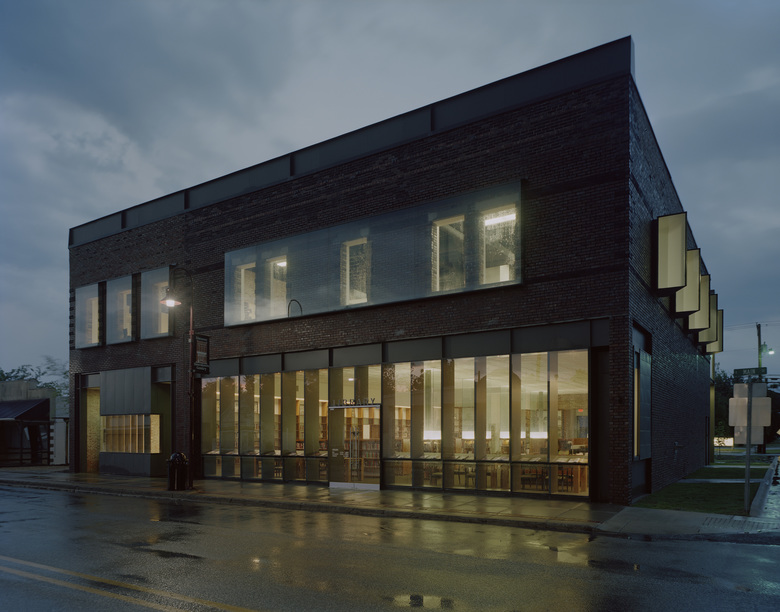 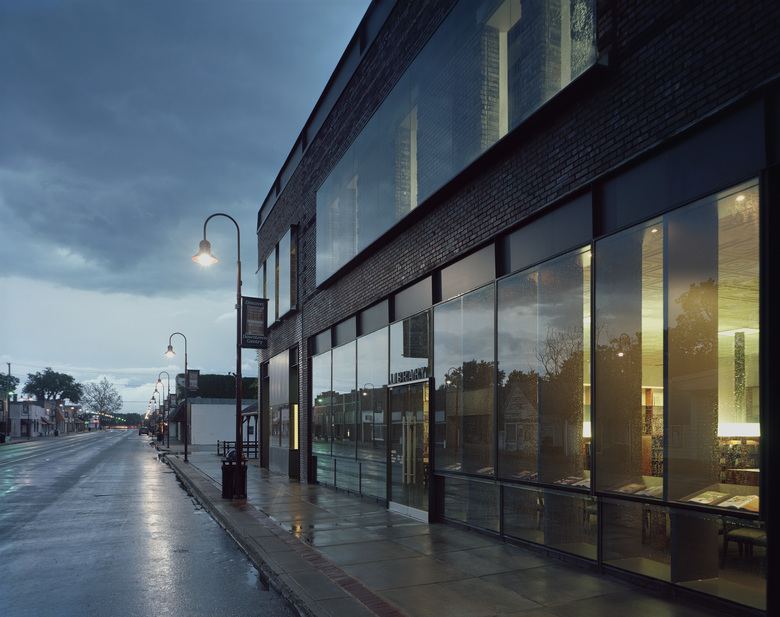 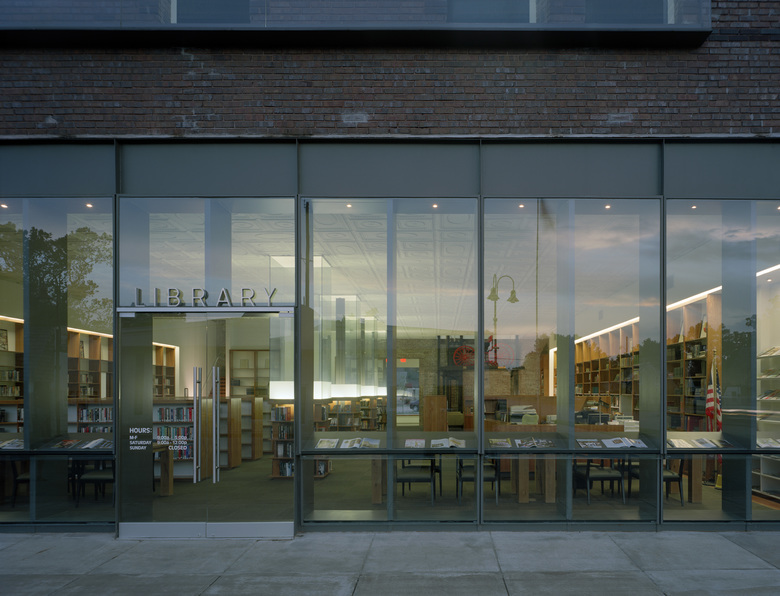 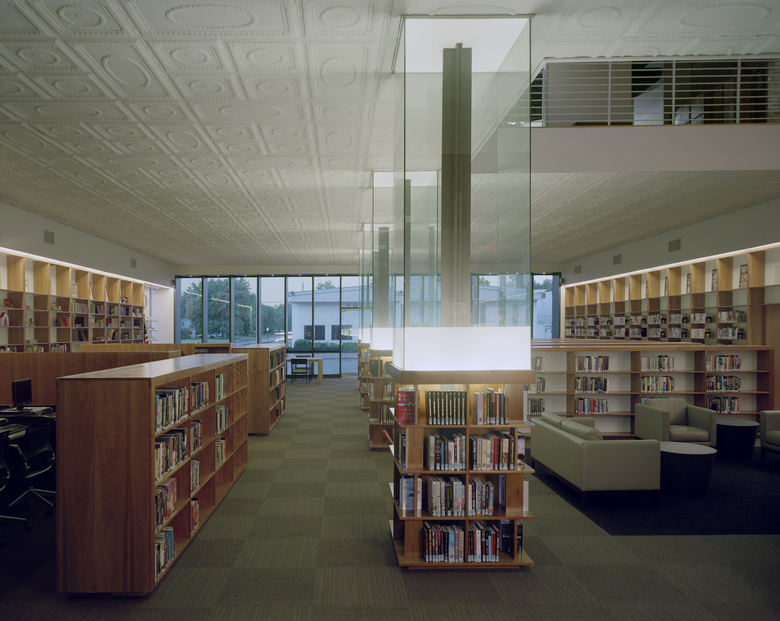 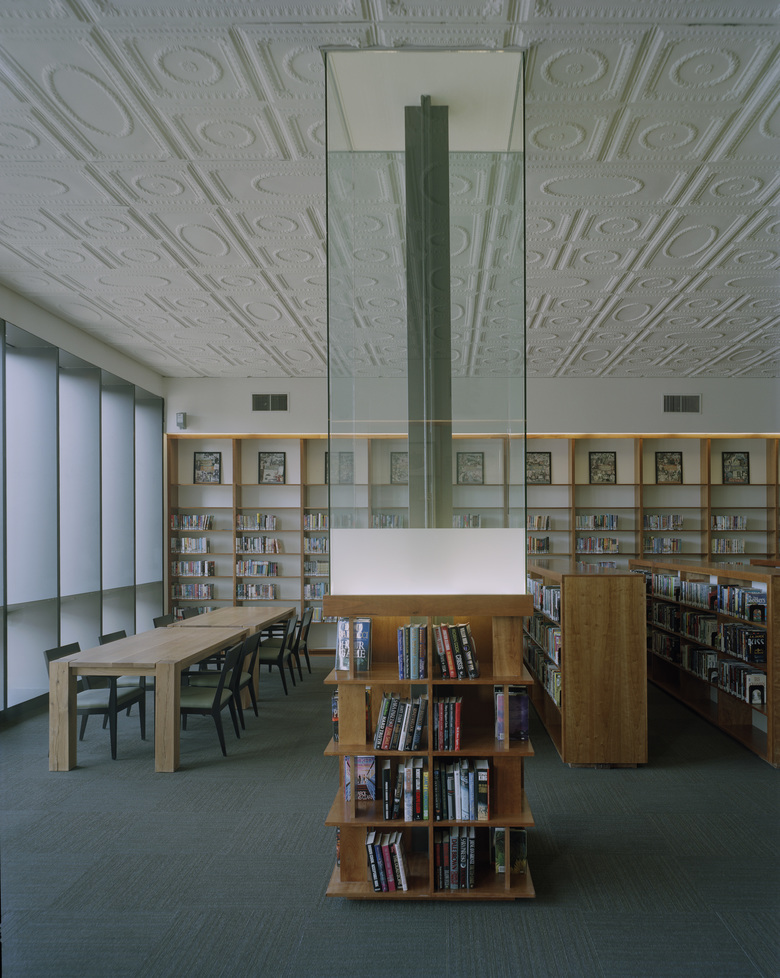 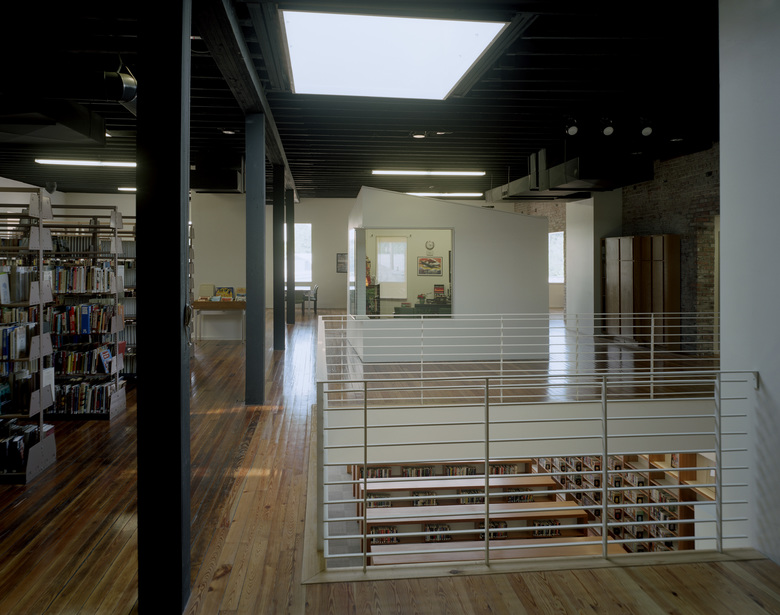 The program includes space for a city public library, a senior citizens center, and a city history museum within the two existing brick structures with a combined gross square footage of 12,000sq.ft. The structures are to be renovated and added to. A new exhibit structure for an antique fire truck and fire fighting memorabilia was also desired.  On the site there is an open lot that has remained undeveloped since the city was established in the late 19th century. This area is to be converted to an urban pocket park. A new urban plaza for community activities will also be proposed for the project site.
Resolution: The existing brick structures, though of little architectural value, were greatly desired by the community to remain visually intact at the exterior. In an effort to elevate the significance of the existing buildings, they are conceived as an artifact of the city museum. Steel and glass volumes encase existing openings, brick ornament, interior columns and selected walls at the ground and second floors. These volumes act as display cases oriented from the interior towards the city, presenting the artifacts to the public.  The volumes are also illuminated with integrated lighting.
At the front elevation a new steel plate and glass curtain wall system activates the street and the public library with north light and integrated display shelves for books. The existing pressed metal ceiling is preserved in the library space, as well as, an existing mechanical hand lift for horse carriages. An atrium space is opened up to the existing skylight above. The skylight is to be reconstructed to a height of 12¹ above the roof and is intended to be a beacon in the city.
In addition to steel and glass, finish materials include exposed brick, wood floors, and hardwood millwork.
A two story addition (rear lobby, toilet rooms and storage) in brick at the south wall provides a vertical surface for a metal lattice and flowering Clematis vines. The new urban plaza paved with asphalt pavers acts as a community space and service parking for the complex.
The urban pocket park, open to the public, allows access from the senior citizens room, Main Street and the plaza.