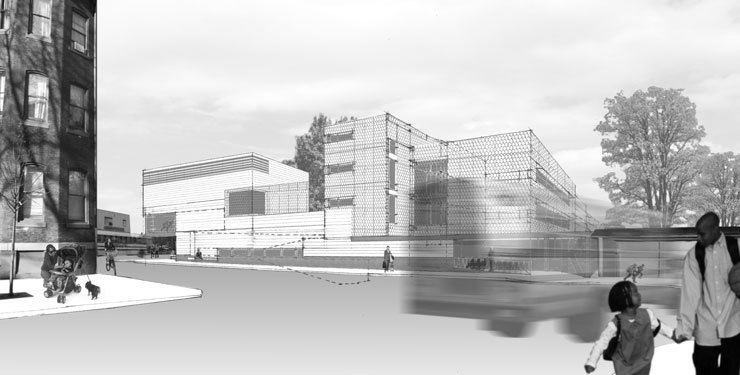 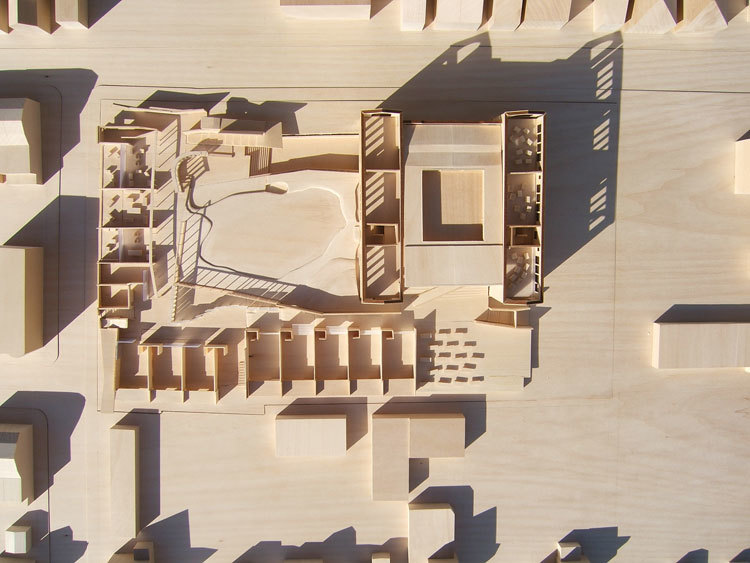 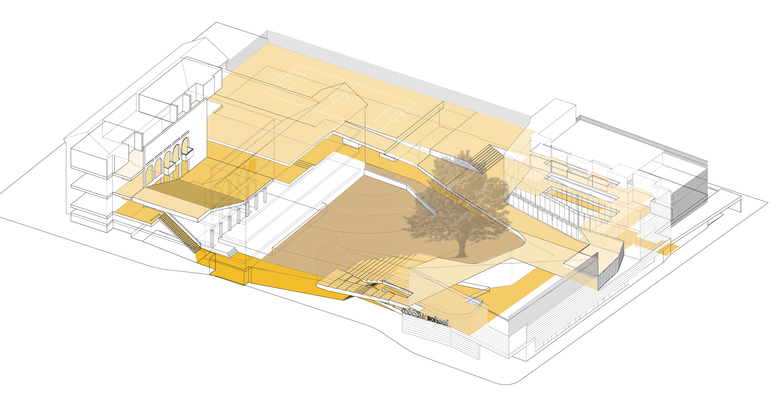 School design remains a vital bridge between city, state and federal entities. It is the nexus of the individual and social economy. An architecture that seeks to augment educational reform requires an optimistic pragmatism. Our proposal seeks to rethink the Robbins School design and its neighborhood while preserving the strengths and identity of its past.

The existing Robbins Elementary School is an early 20th century U-shape school. The open connection between the corridors off of the classroom bars and the auditorium that they embrace is not, however, archetypical. Observations of the existing school’s daily life reveal that this programmatic overlap entwines, differentiates and anchors daily rituals around the assembly space. Our approach seeks to amplify the productive ambiguity of these zones, reconfiguring the U-typology by extending its logic on both an urban and classroom scale.