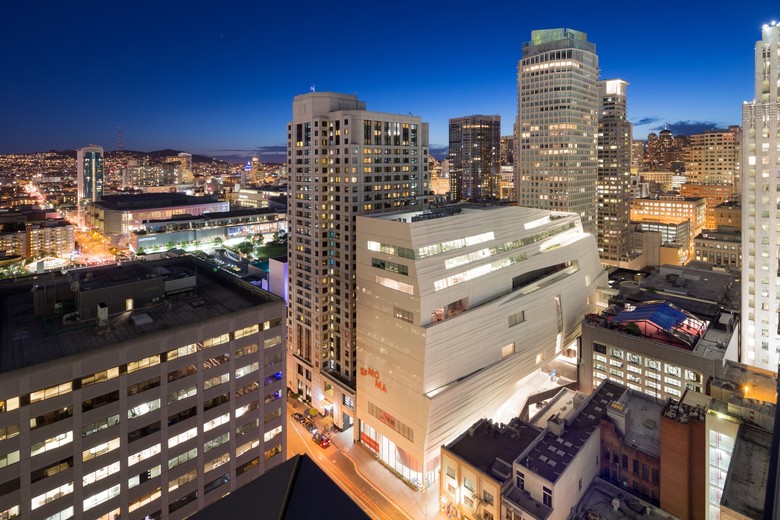 Snøhetta’s expansion to the San Francisco Museum of Modern Art reimagines SFMOMA as a new art experience and gateway into the city of San Francisco. No longer an inward looking shrine to the art object, a museum today must engage with its local conditions and communities in a proactive way. The new SFMOMA realizes in built form the museum’s goals of being a welcoming center for arts education and an important public space for the Bay area. The new expansion runs contiguously along the back of the existing Mario Botta-designed building which opened in 1995, allowing for a seamless integration of the two structures.

By nearly tripling the amount of exhibition space and expanding the unticketed gallery areas and outdoor public spaces, the museum will be more accessible than ever when it re-opens on May 14, 2016. The expansion will also enliven the surrounding cityscape by opening up new routes of public circulation throughout the South of Market neighborhood and into the museum.