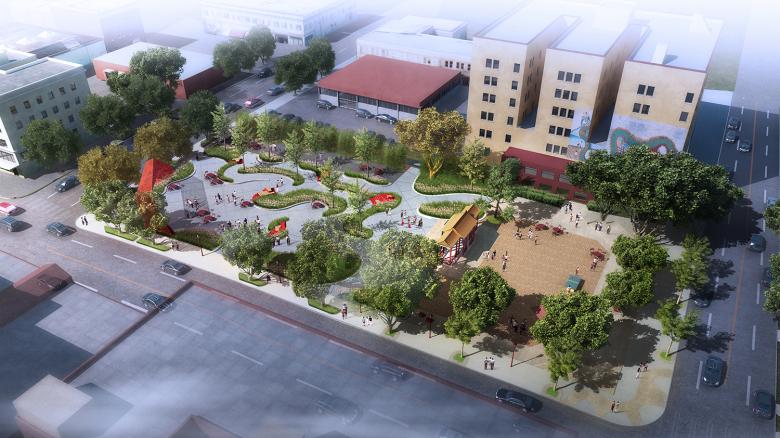 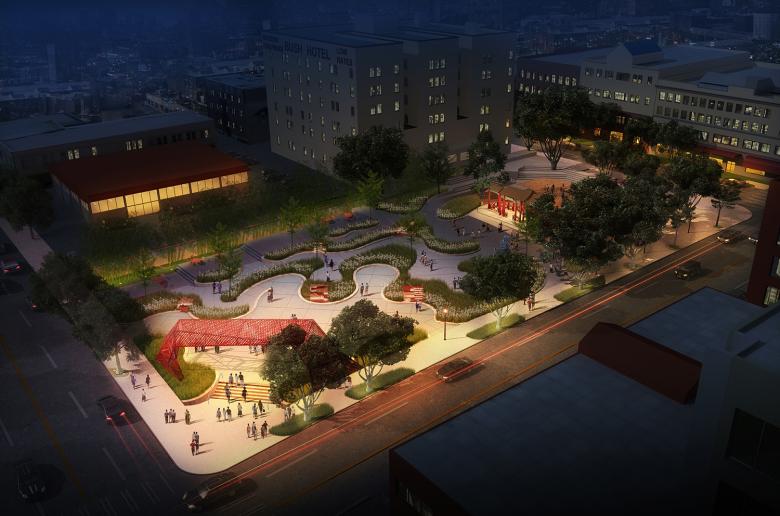 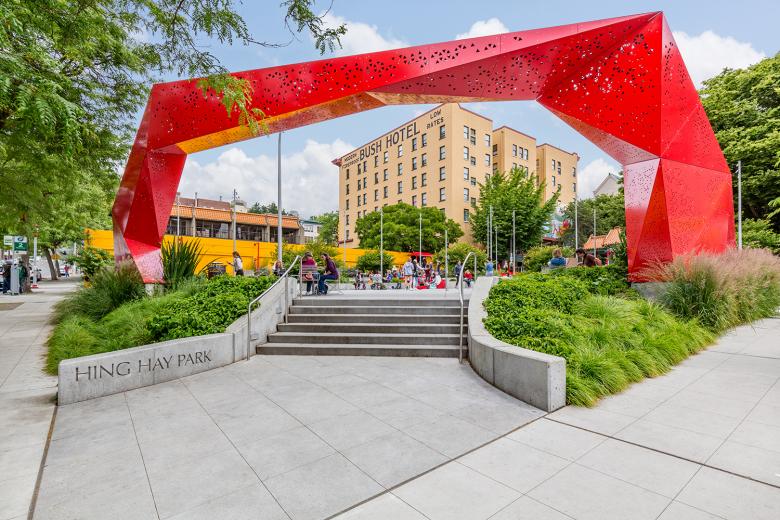 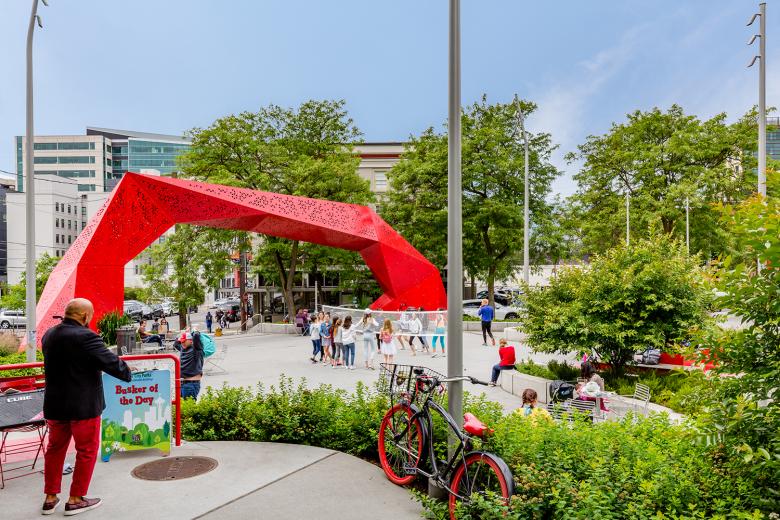 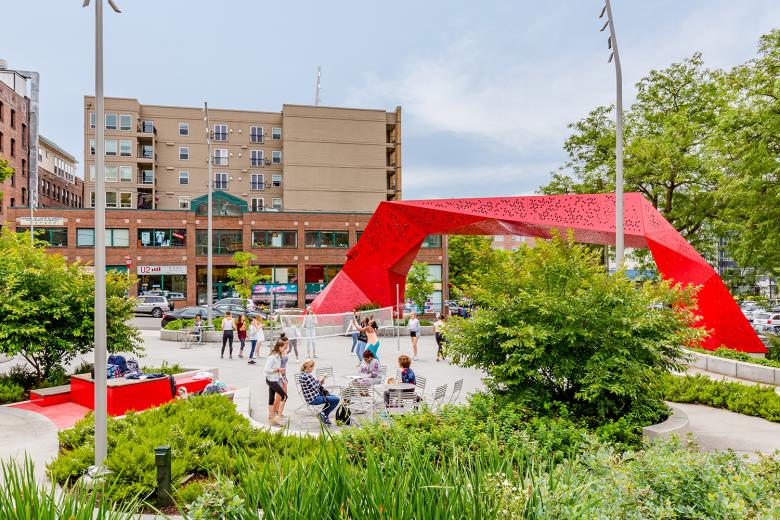 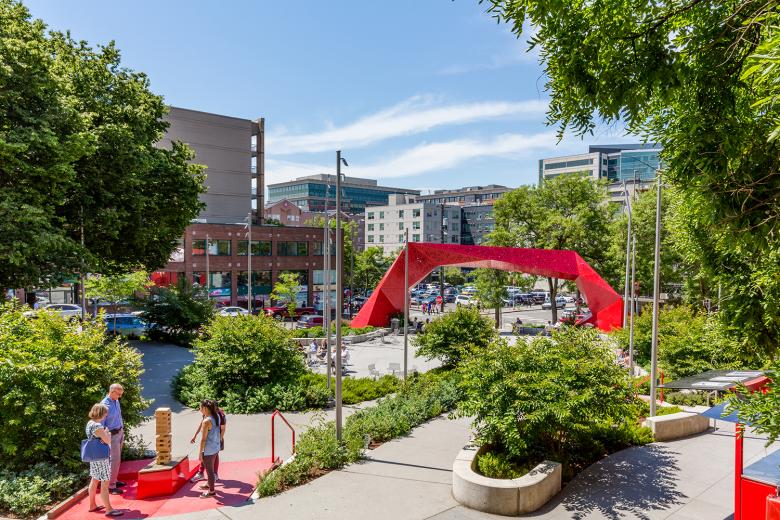 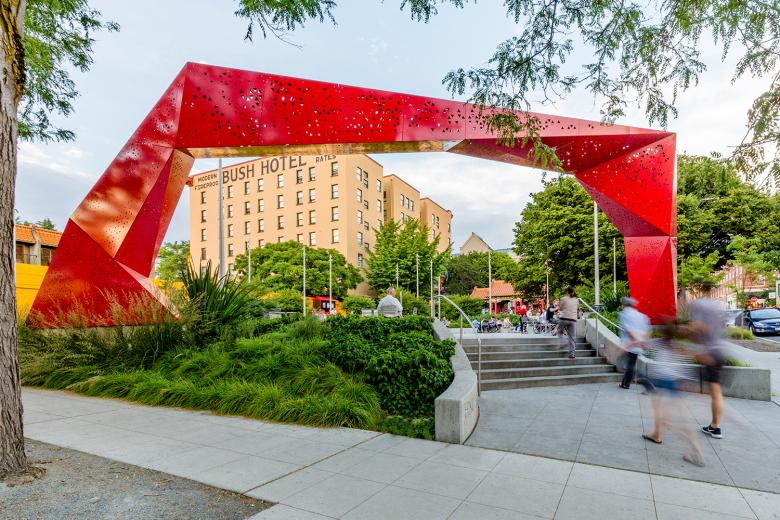 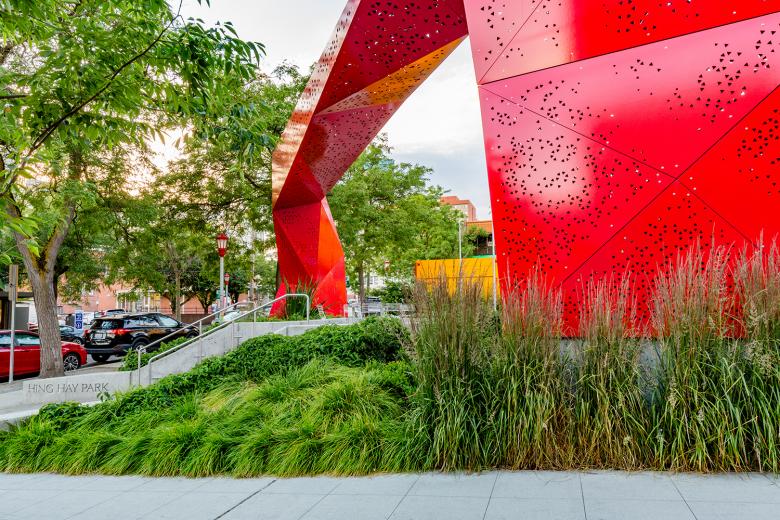 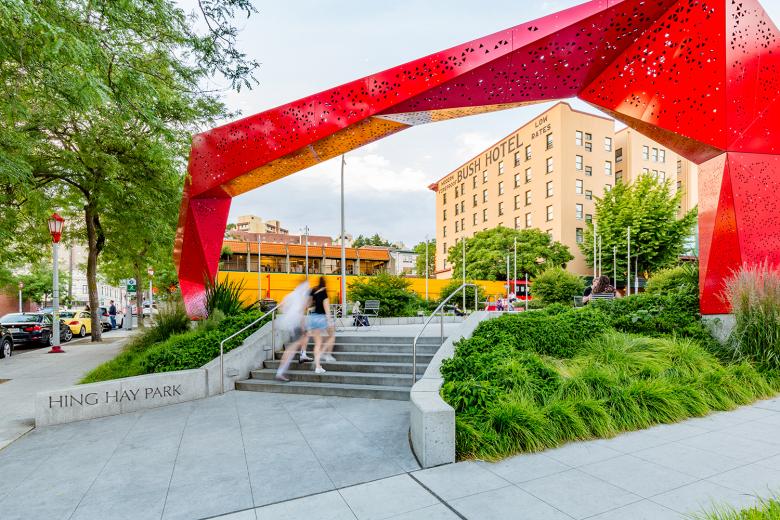 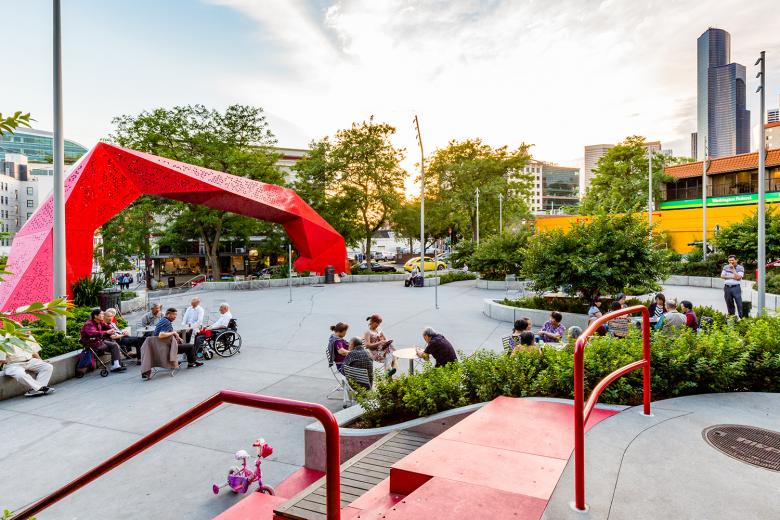 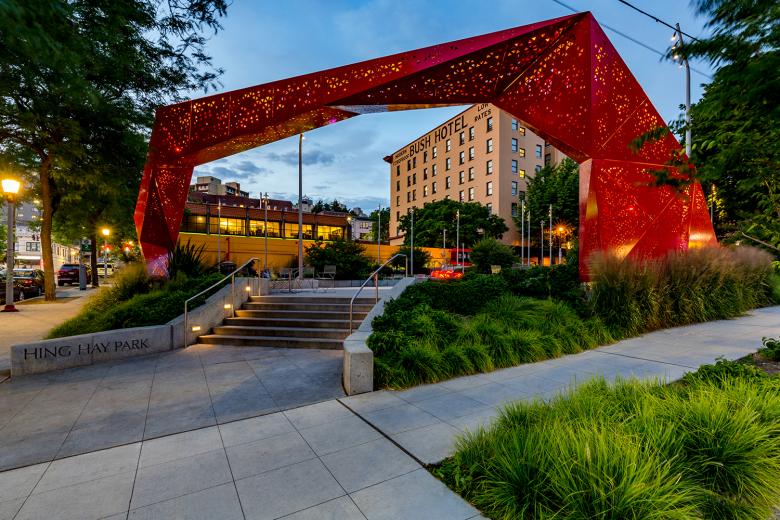 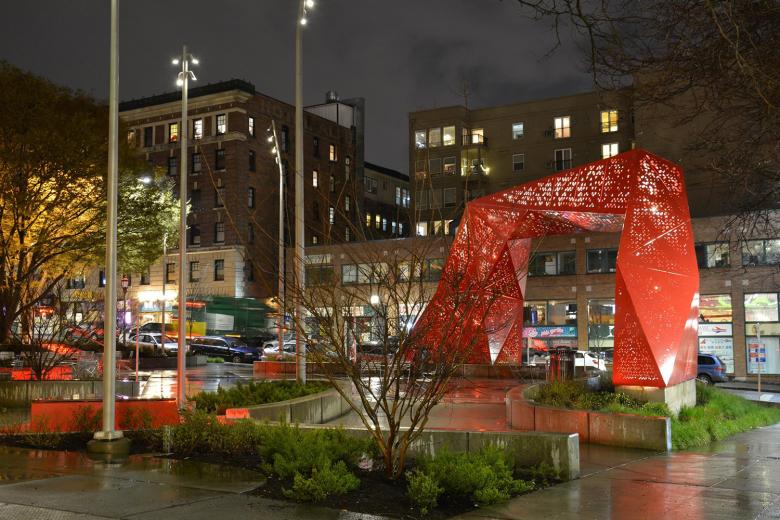 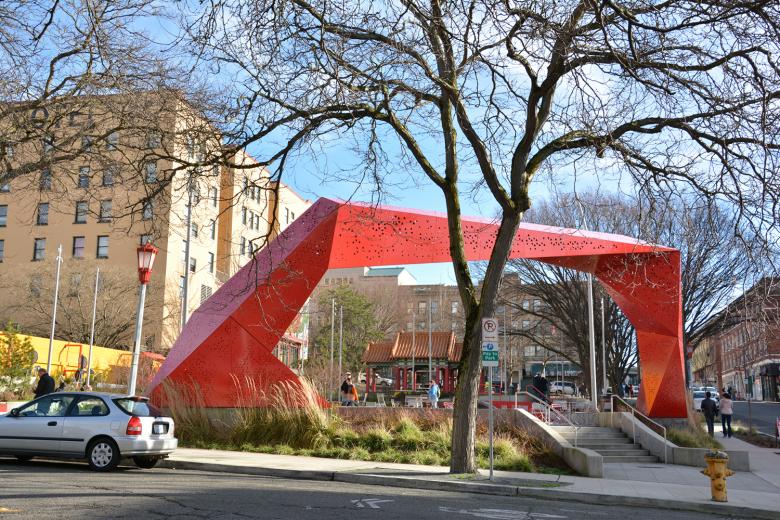 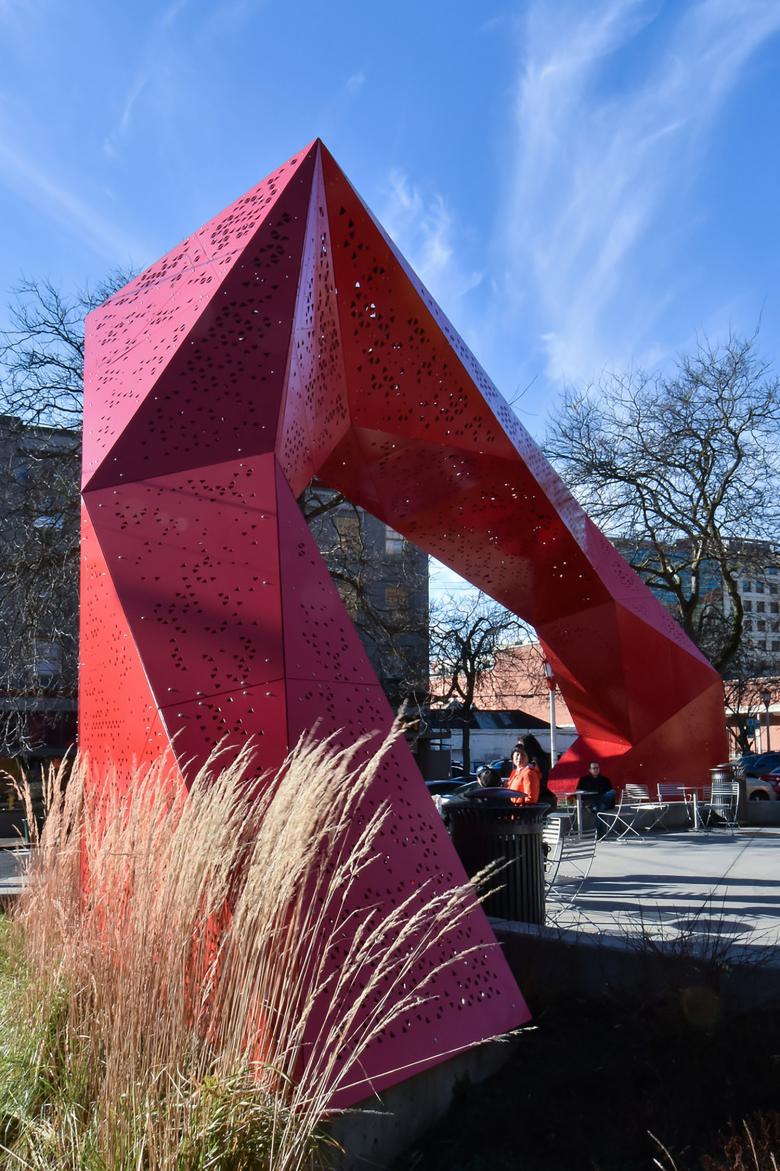 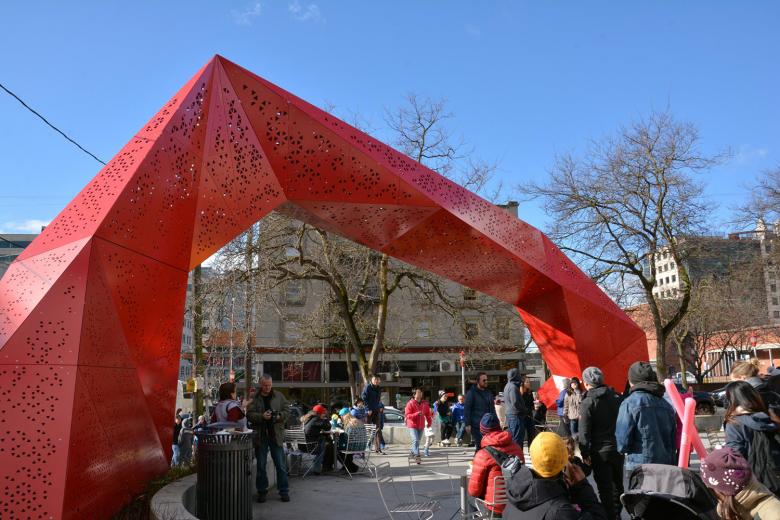 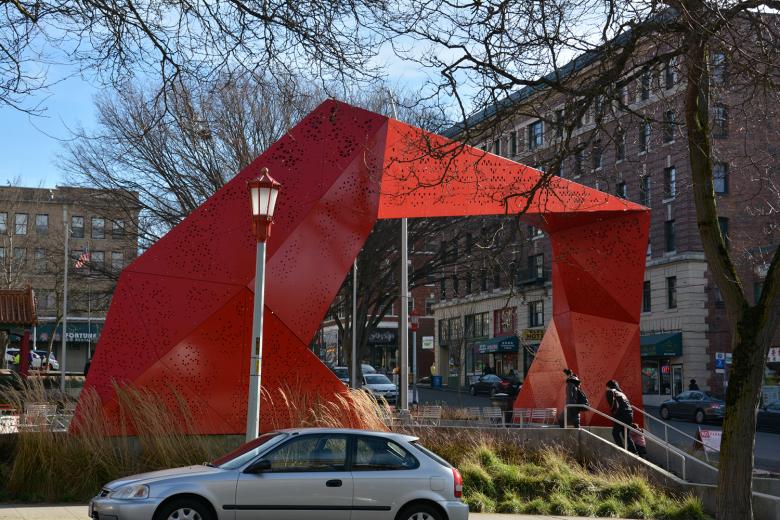 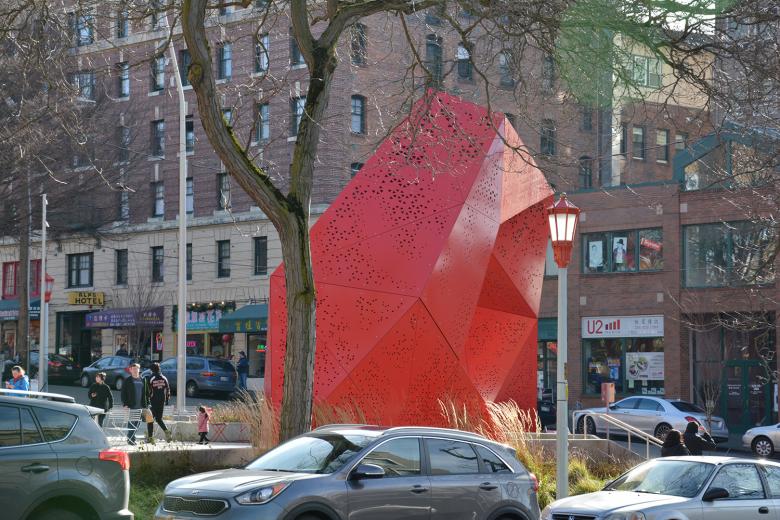 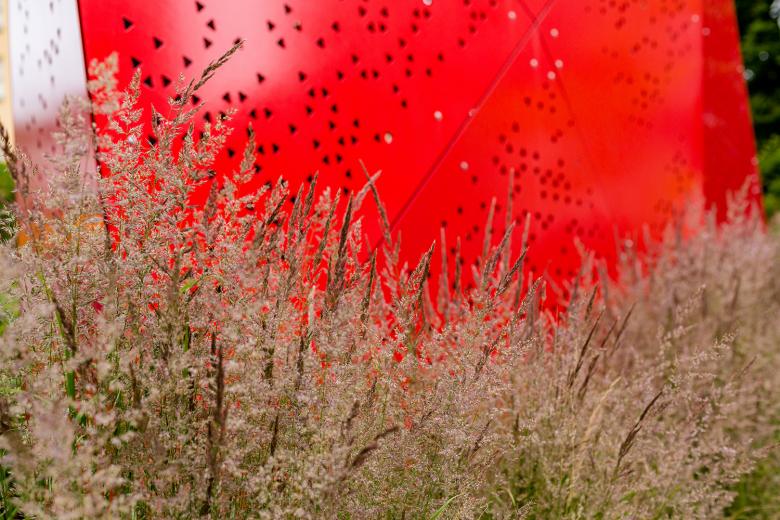 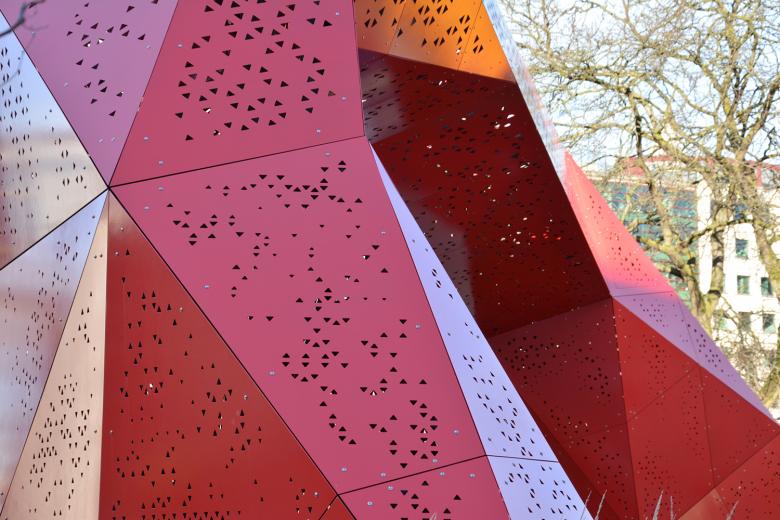 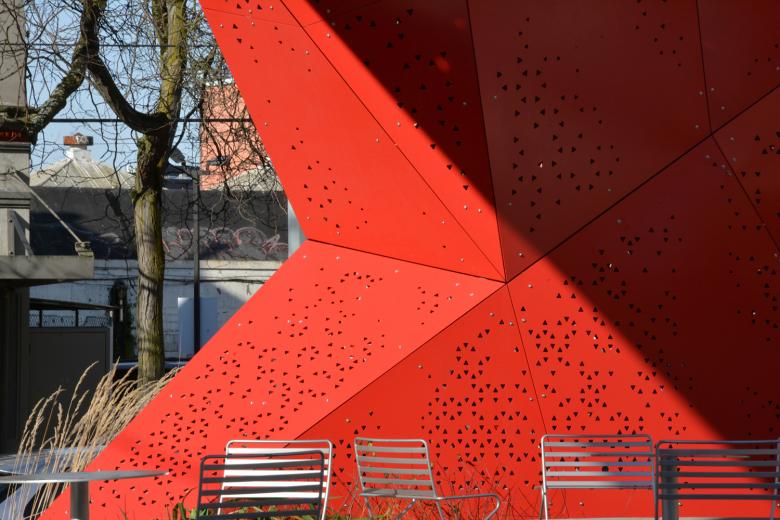 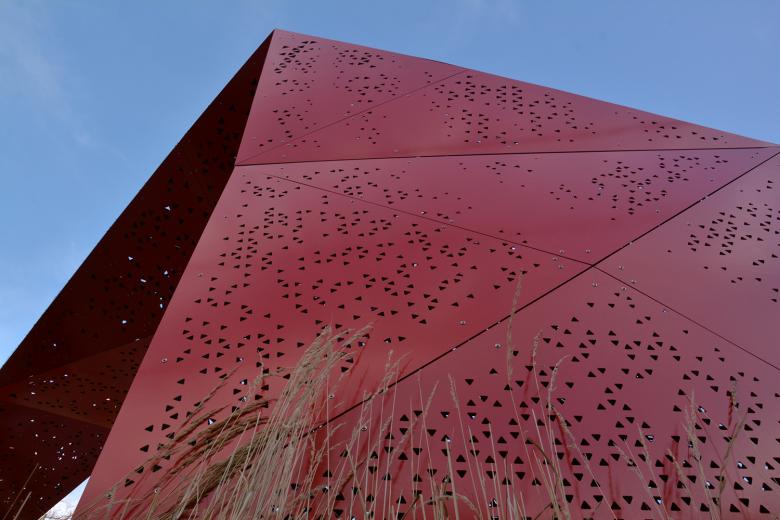 The Gateway design of Hing Hay Park is inspired by the traditional carving and crafting technique from different ethnic groups as the overall concept. Inspired by "Nature", the abstraction of "Natural Environment" as the featured theme and the extraction of "Natural Pattern" as the motifs was always the ideas which the crafters and sculptors are drawing from. These oriental designed patterns and hollow carved techniques apply in different kinds of construction materials and such as wood, stone, and brick that is significant to its original character and culture.

Moving towards a contemporary setting, the metal gateway design in red as the material and color are the appropriate selections that suit into the current urban context. The gateway will be based on revealing a fundamental element in nature of "A Tree" as the driving idea. The perforation of the gateway uses an abstraction of leaf pattern as the base, attracting people in daylight with a visible pattern during the day time and resonating light penetrate through a tree canopy during the night time, recreating the rural essences and village memories demarcating the experience of a community gathering place through a contemporary tree.

The tree and leaf pattern on the Hing Hay Park Gateway would be an inclusive pattern representing all cultures in the International District. It becomes a symbolic cultural element reinterpreting the natural environment in an urban context and bringing a closer relationship and awareness between people and nature in a different dimension. It is a landmark for the citizens to associate themselves in the district once again, representing sprit of multiculturalism and promote ethnic diversity to the surrounding which makes Hing Hay Park the core for the International District of Seattle.