This exhibition features all of the capsules documented by Noritaka Minami at the Nakagin Capsule Tower over the course of a decade until the building’s demolition in 2022. Completed in 1972 by the architect Kisho Kurokawa, the Nakagin Capsule Tower was one of the few proposals realized through the architectural movement Metabolism in the 1960s. As a building attached with 140 removable apartment units, it embodied the future of urban living envisioned by Kurokawa at that moment in postwar Japan. Furthermore, the building was a reminder of a future that was never realized in society at large and stood as an architectural anachronism within the city of Tokyo.

Minami’s project examines what became of a building that first opened as a radical prototype for a new mode of living in society and how this vision of the future appears in retrospect. The various states of the capsules point to the passage of time since the building first opened in 1972 as a showcase for Kurokawa’s vision. In this series, some of the capsules retain the original futuristic furnishings. Many other units display a variety of modifications undertaken over the years. There are even spaces that are no longer habitable. Despite being constructed on the logic of standardization, the photographs capture the individuality present in each capsule, accumulated through life that was experienced within each unit through the people who used the space.

Visits between September 22 and December 8 by appointment. To book a visit, please send an email to [email protected] with your preferred date and time. 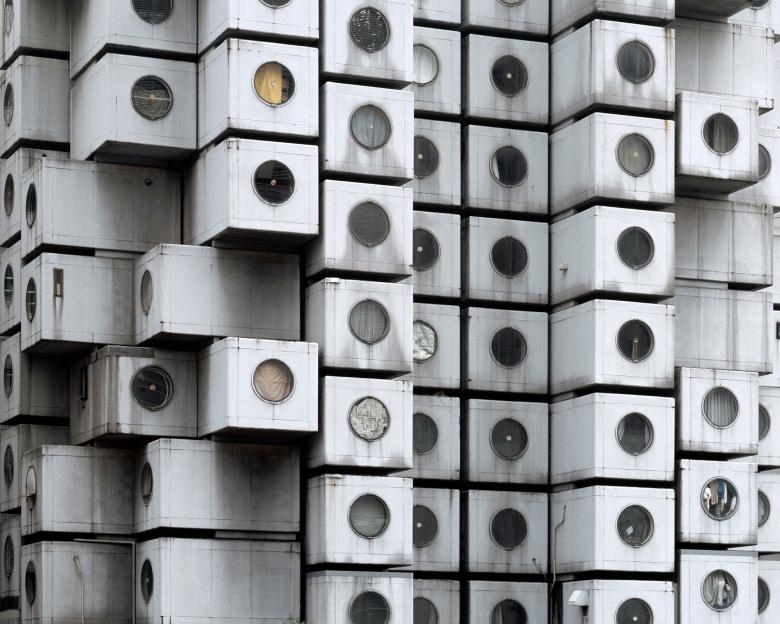