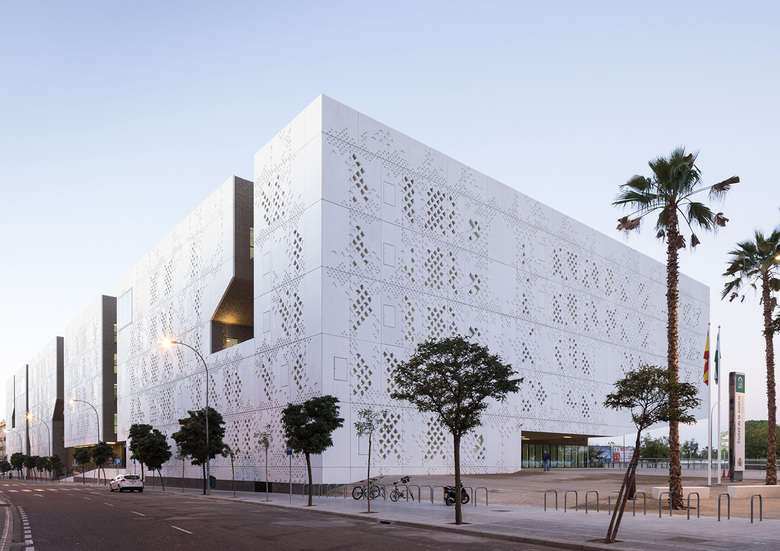 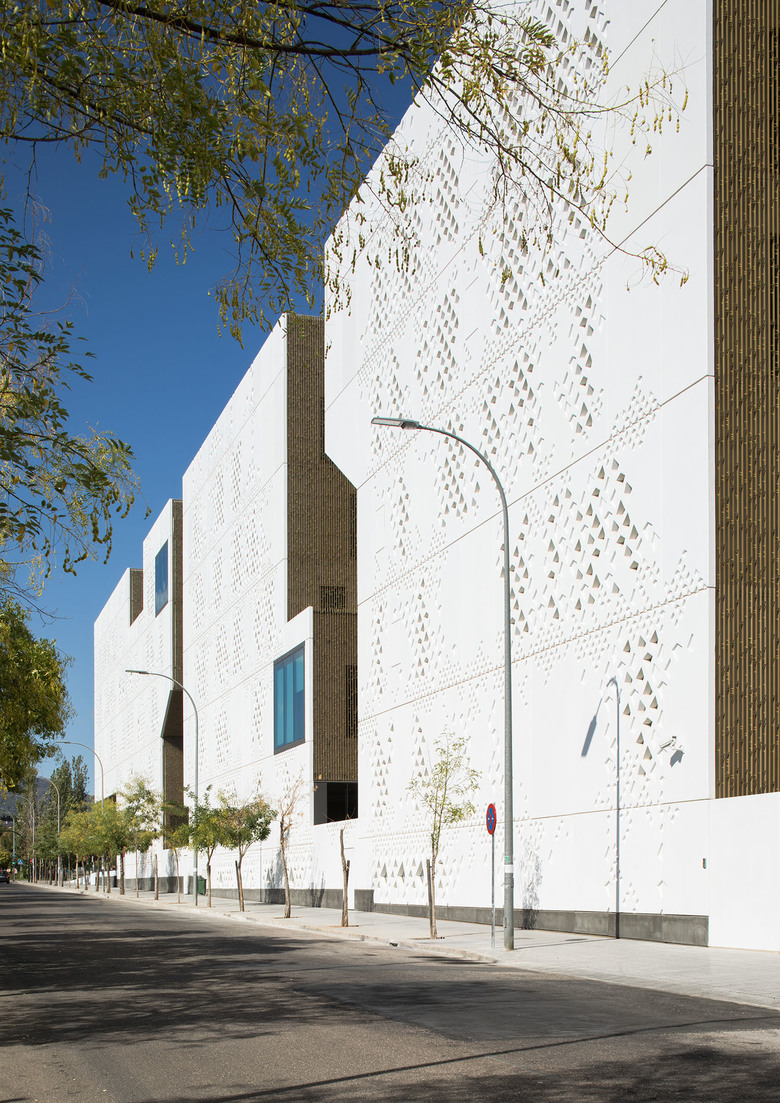 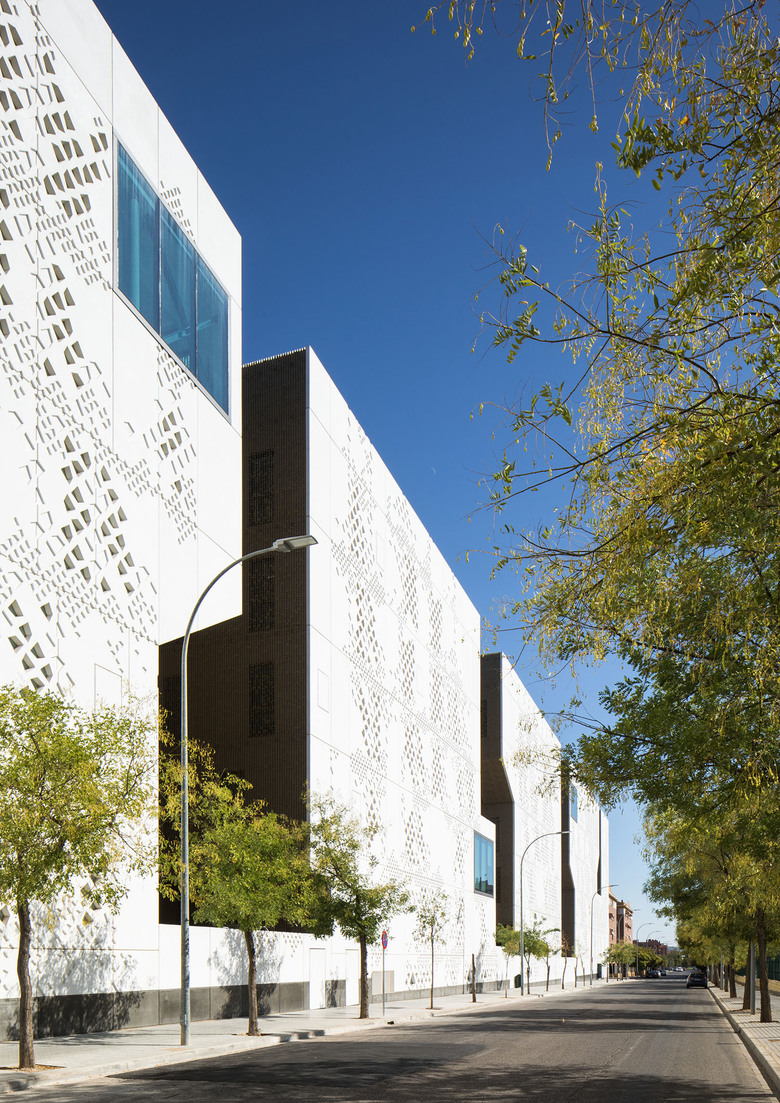 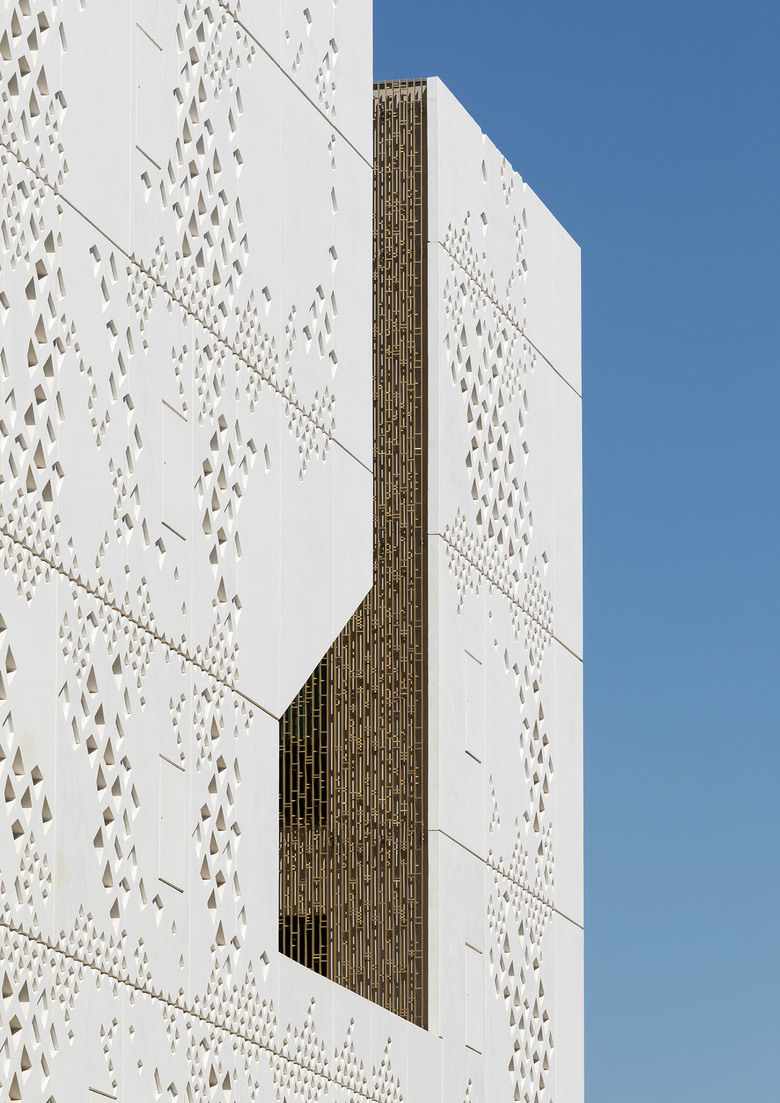 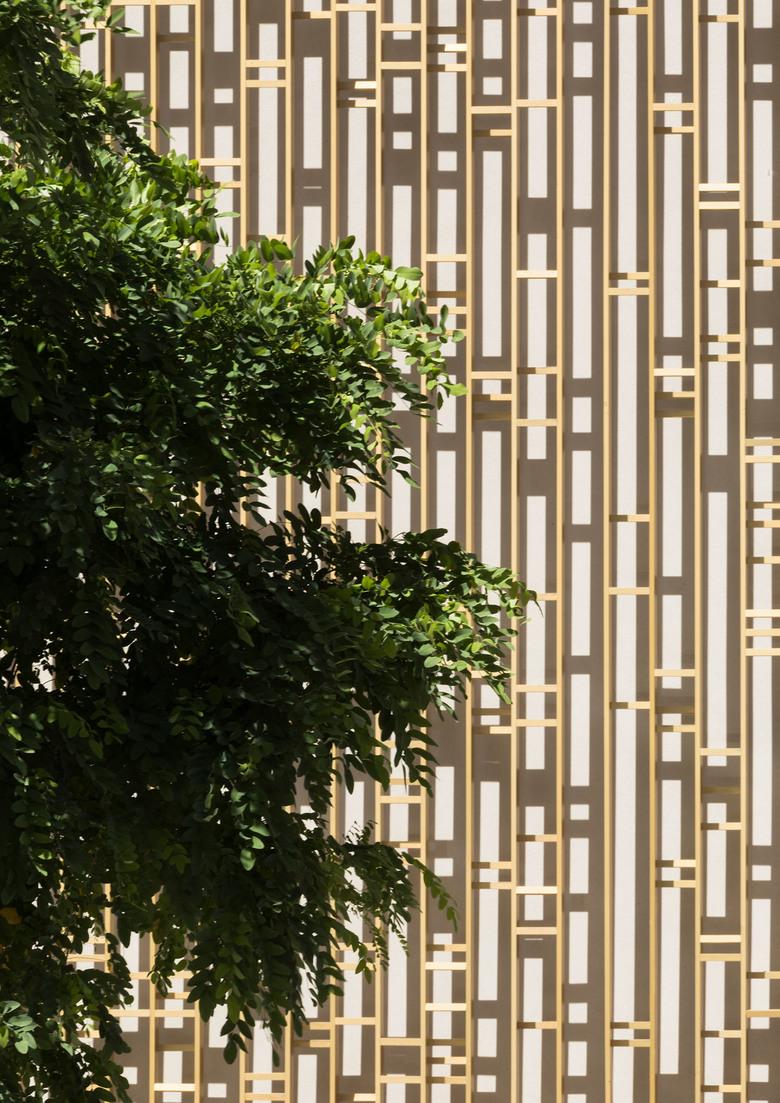 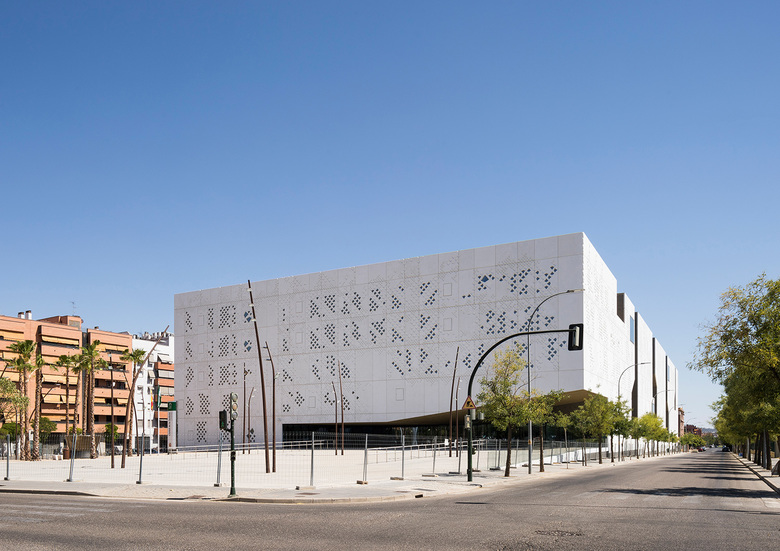 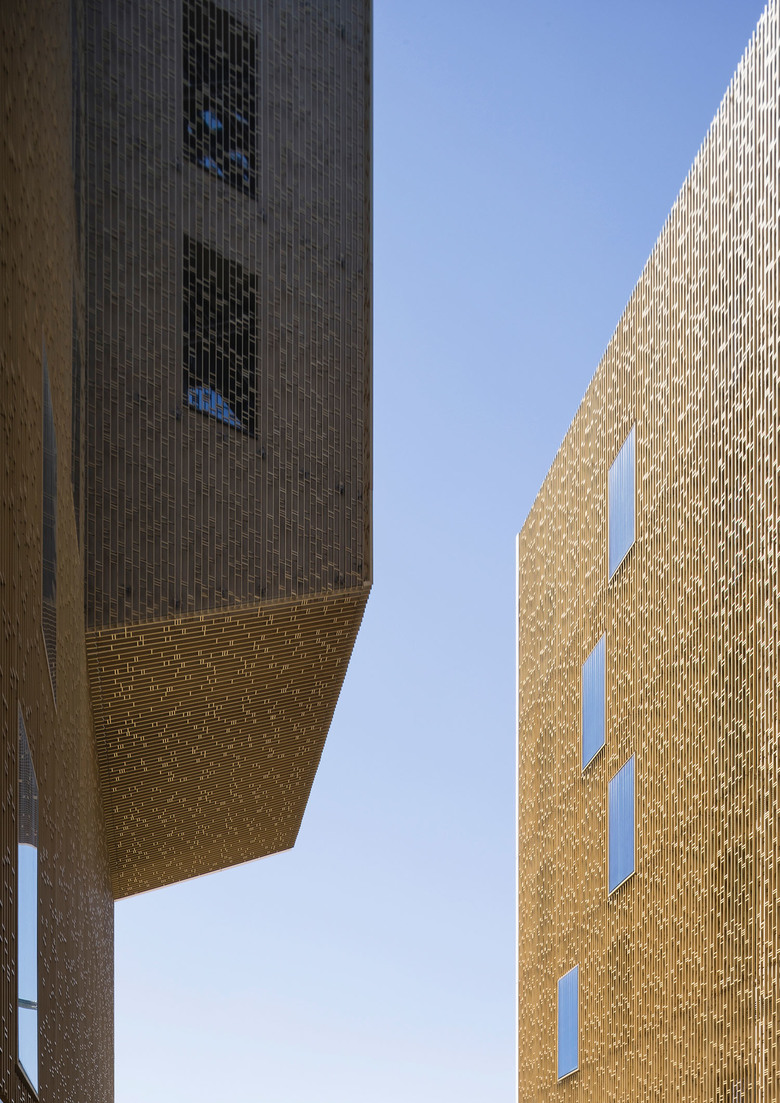 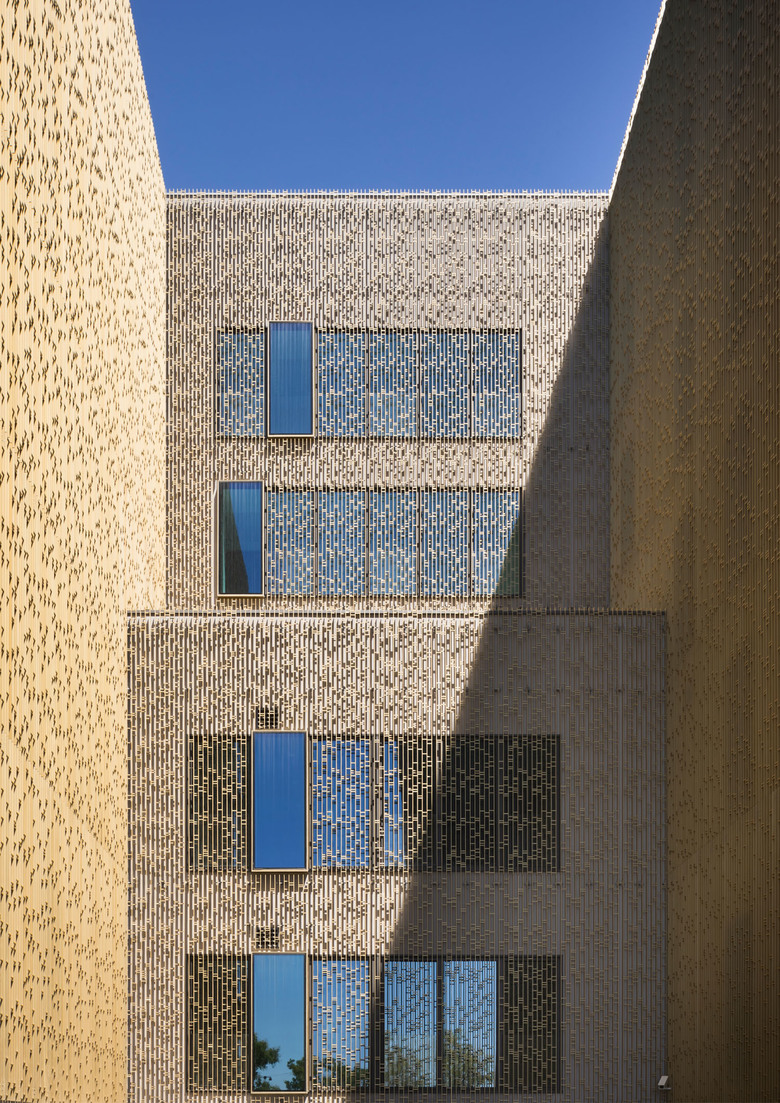 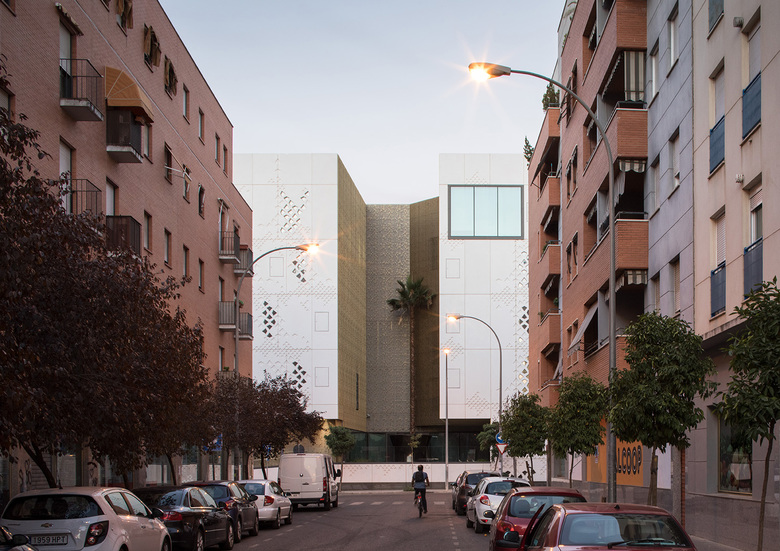 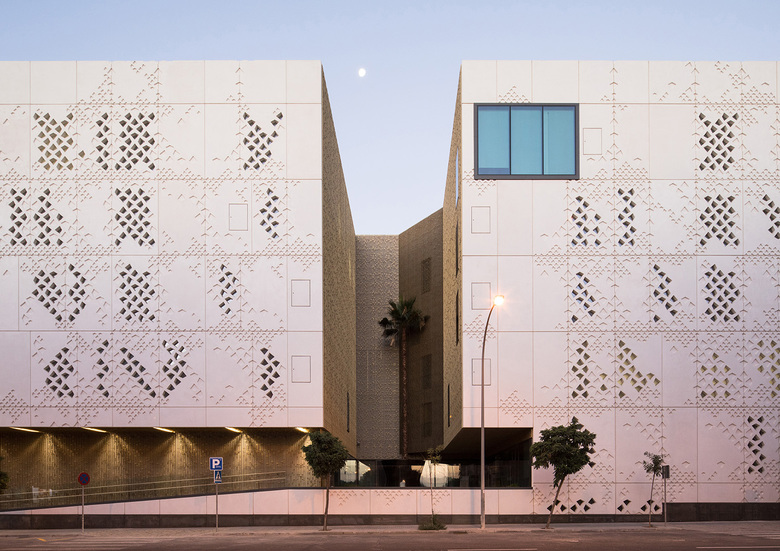 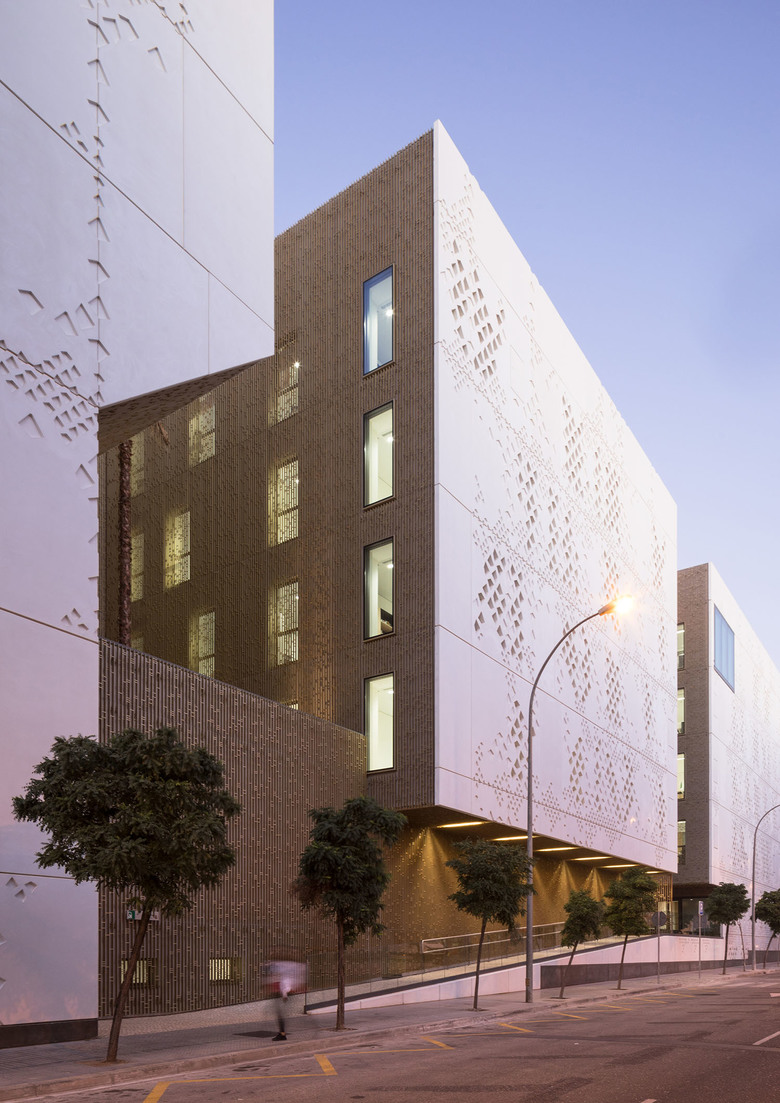 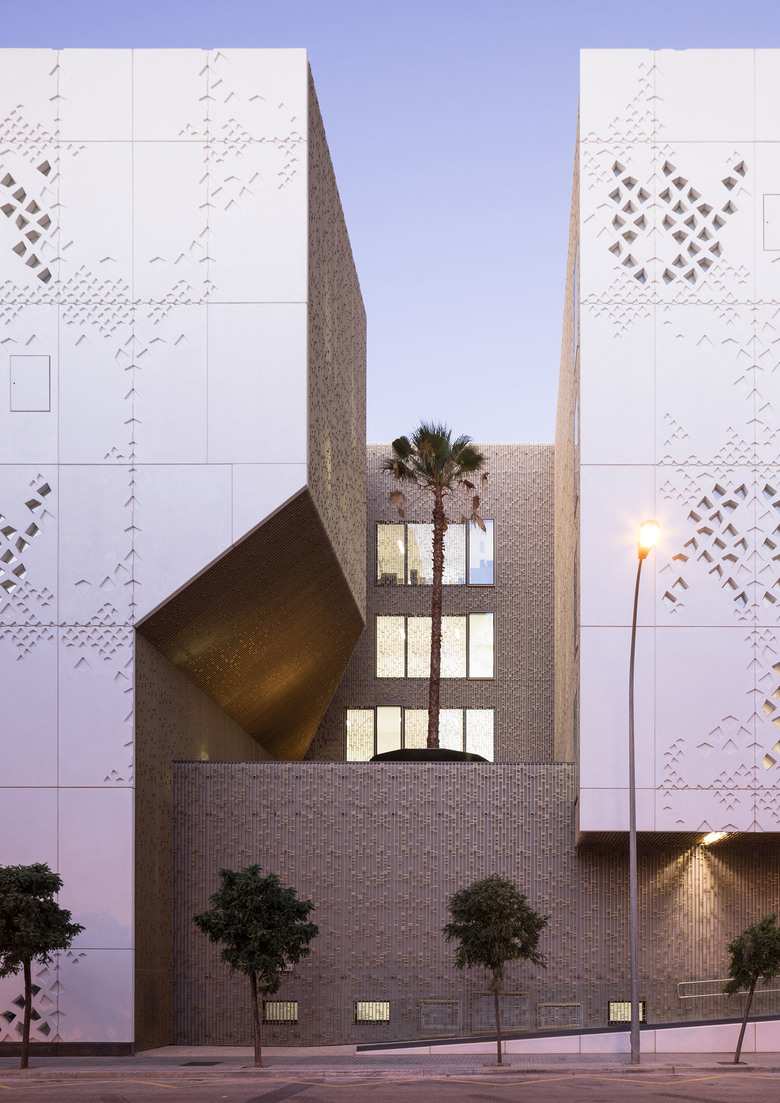 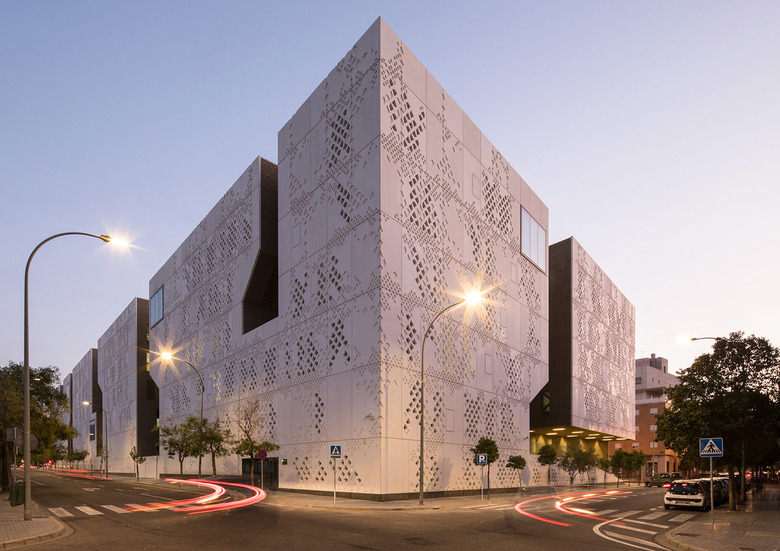 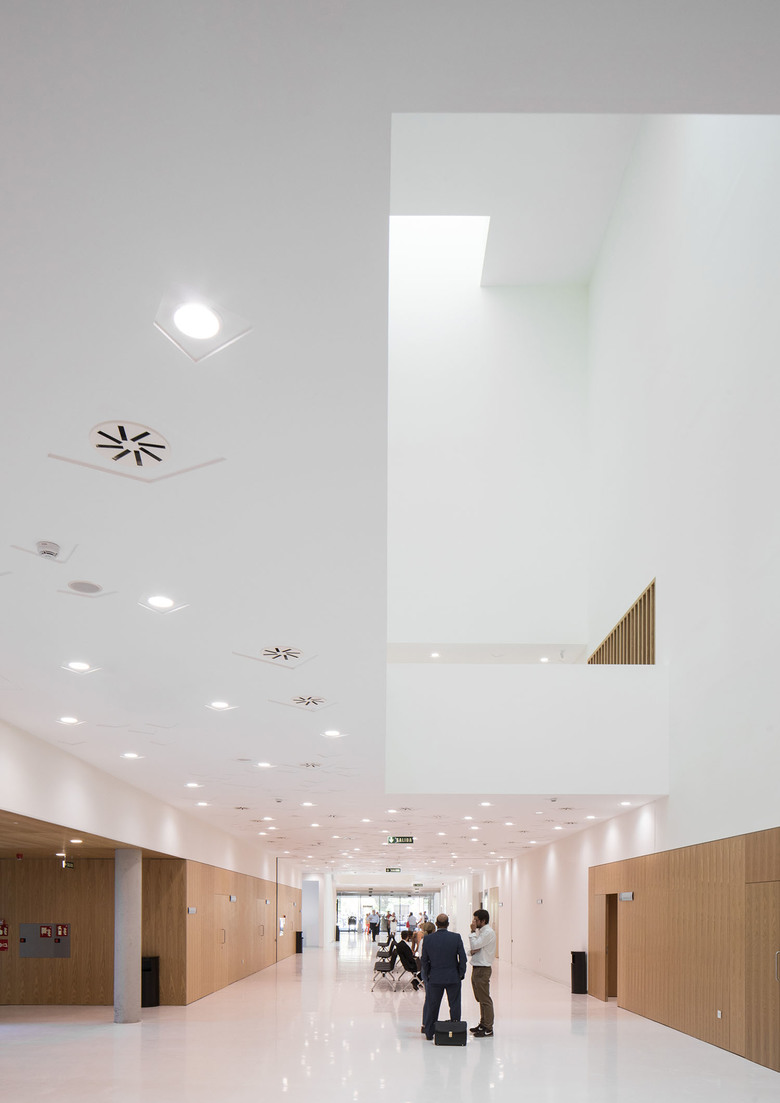 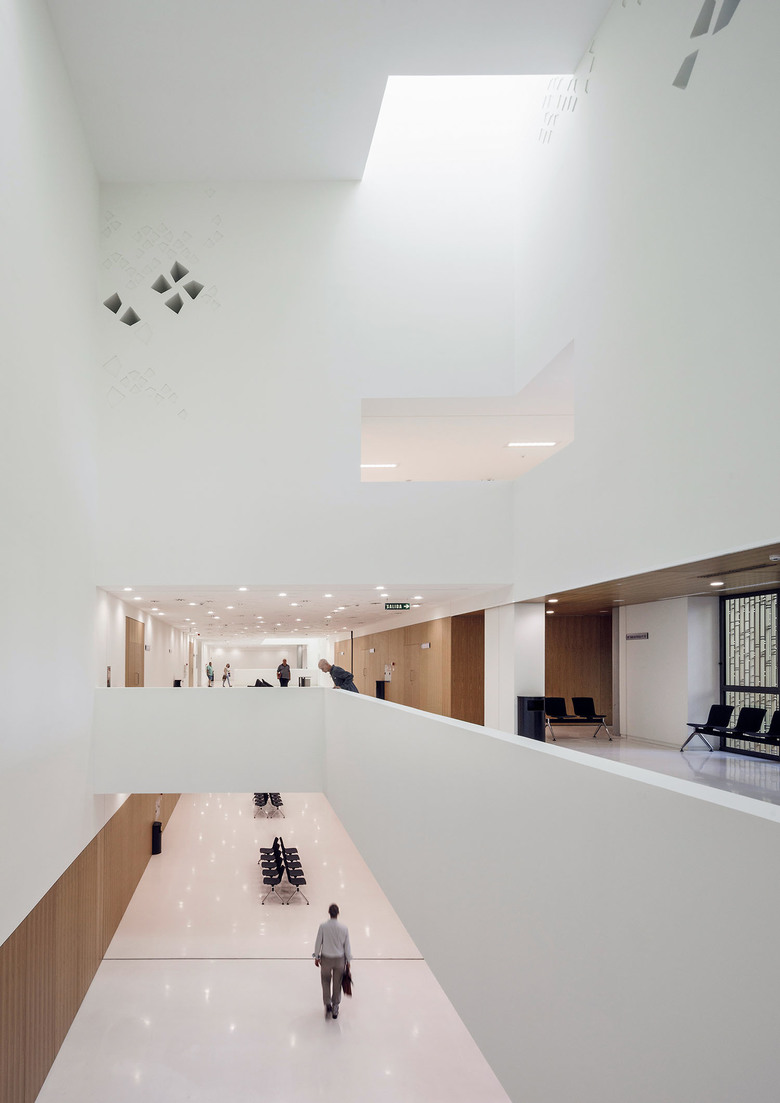 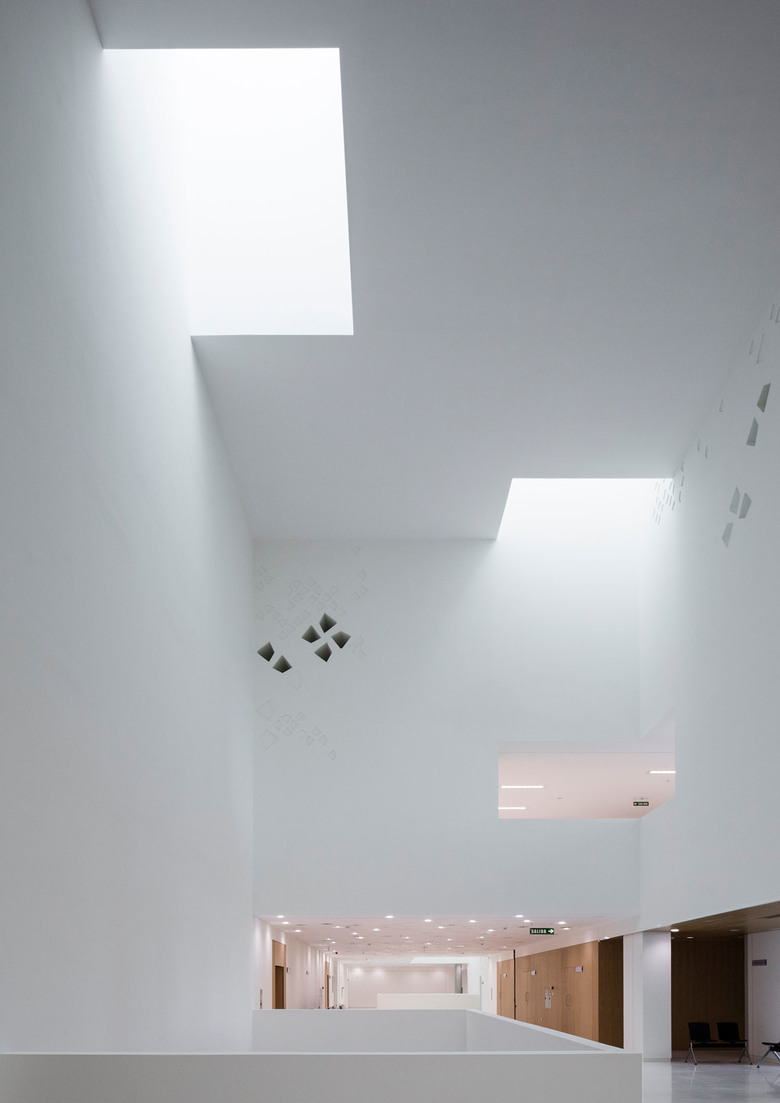 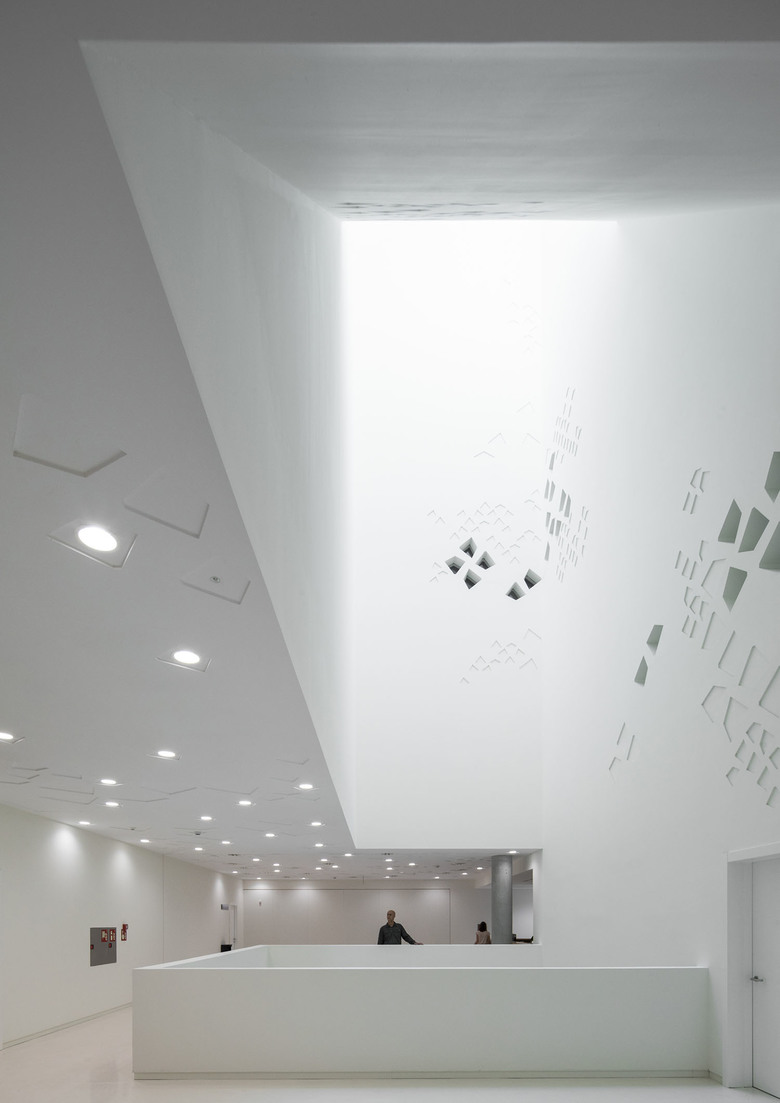 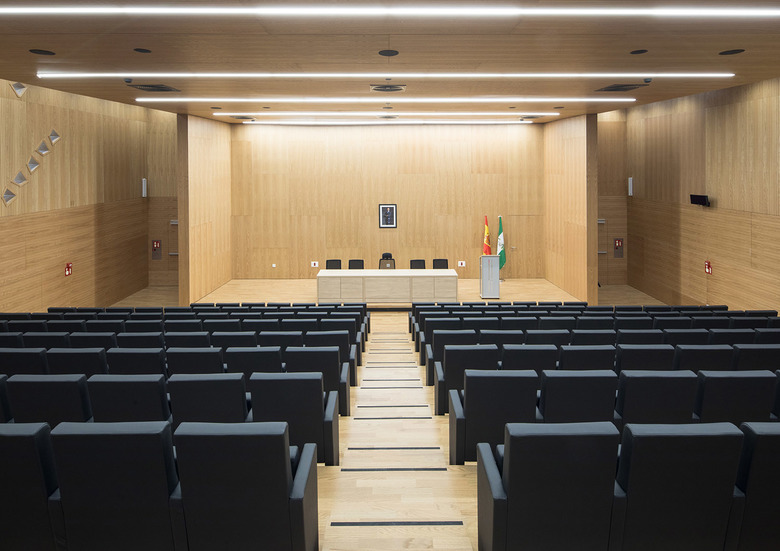 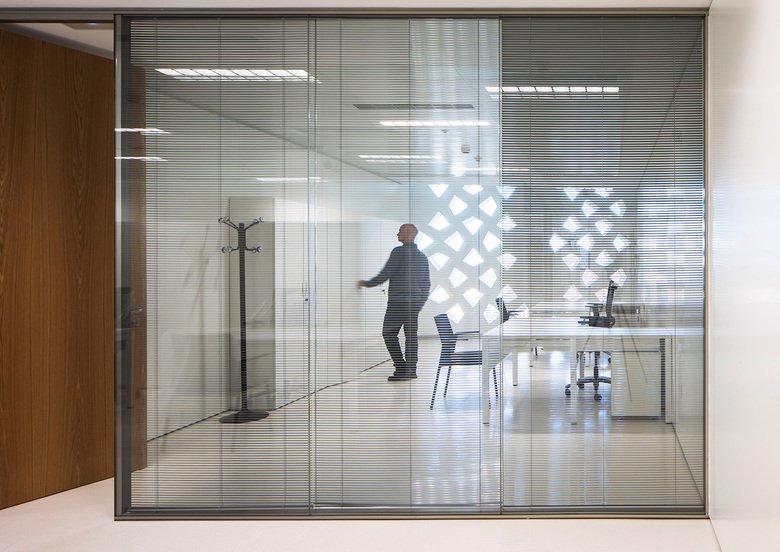 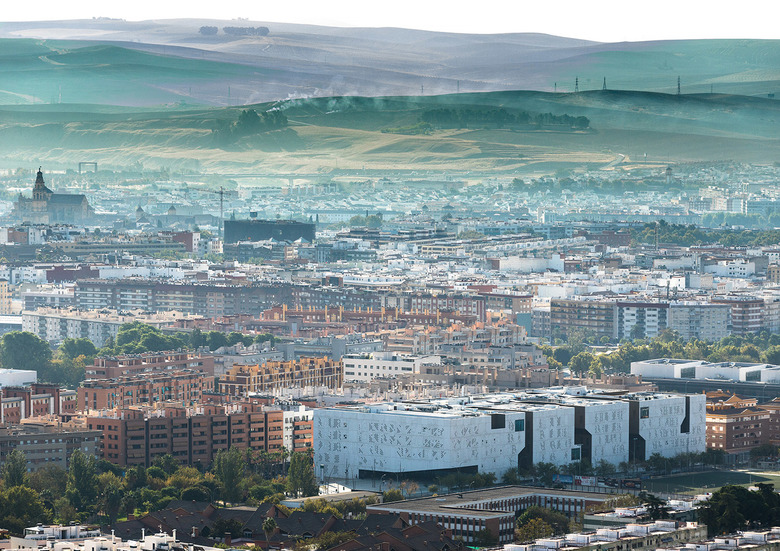 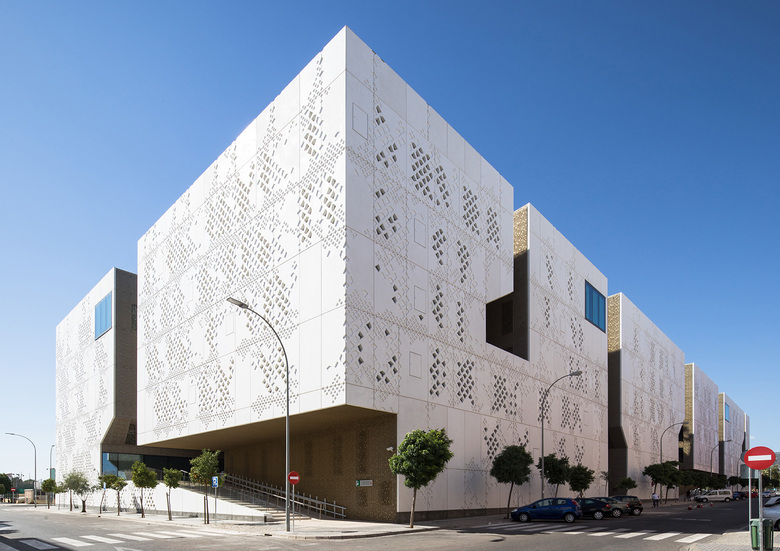 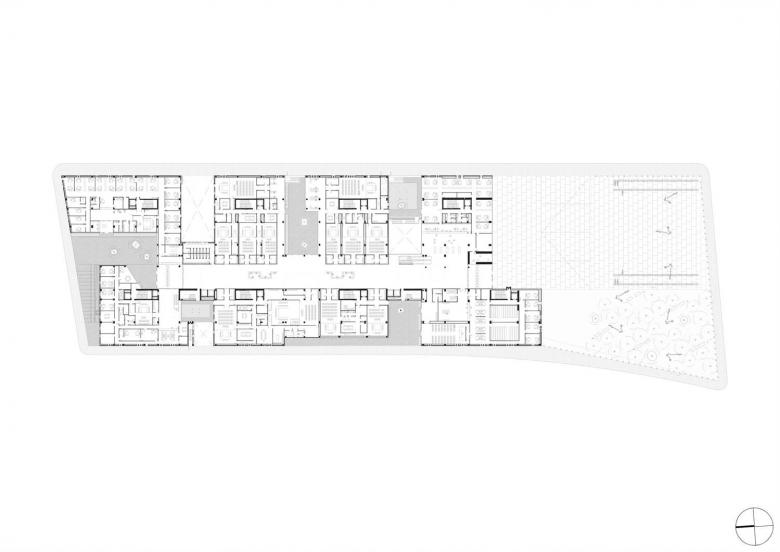 The new Palace of Justice in Córdoba is located in Arroyo del Moro which is characteristically dominated by anonymous housing blocks, products of the rapid urban development of 21st century Spanish cities. The blocks that characterize the urban fabric of the zone were not capable of generating public space or offering something new to the city, but collectively they form a compact and coherent urban identity.

The addition of a public institution to the area creates the opportunity to upgrade the public realm and add a civic quality to this relatively new neighborhood. The massing strategy creates urban integration through fragmentation. It follows a similar strategy to the spontaneous growth process of medieval cities resulting in a volume which is carefully sculpted to adapt to the surrounding context.From the main entrance, the interior organization is easily recognizable. A central spine creates a circulation axis which connects to the various the programs of the building. This space spans through several floors across the length of the building and articulates each department. It also links the public circulation with the exterior patios. The spine echoes the architectural language of the exterior massing, with multi-level day-lit voids creating sculptural atriums throughout the building.

The internal functions become more private higher up the building. At the level of the square, the courthouse features an open ground floor that contains the most public sections such as courtrooms, marriage registry and restaurant. High security offices are situated off the upper courtyards and the archives and jail cells are found below ground level.