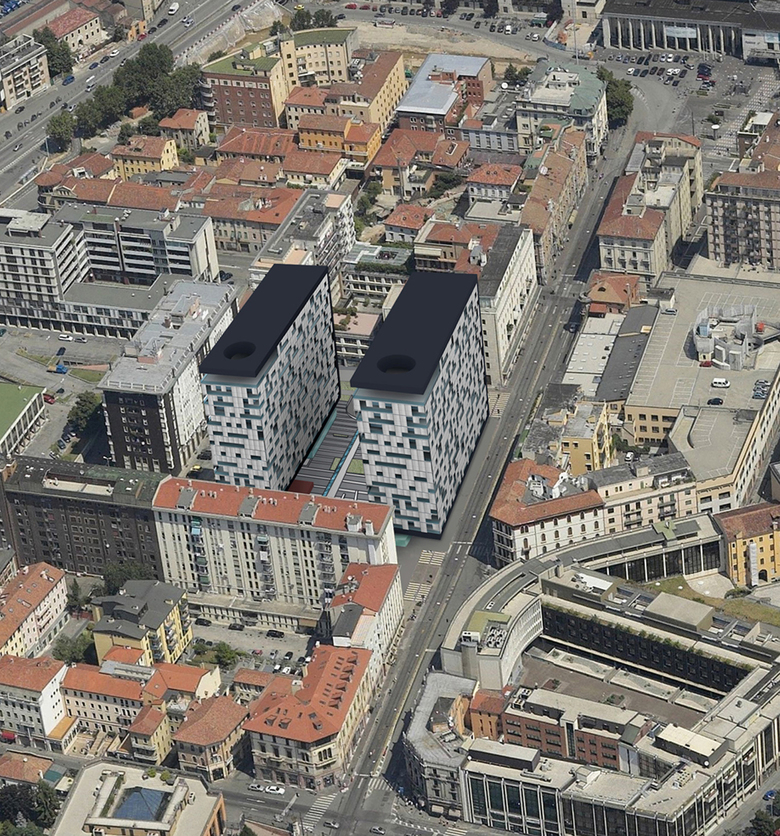 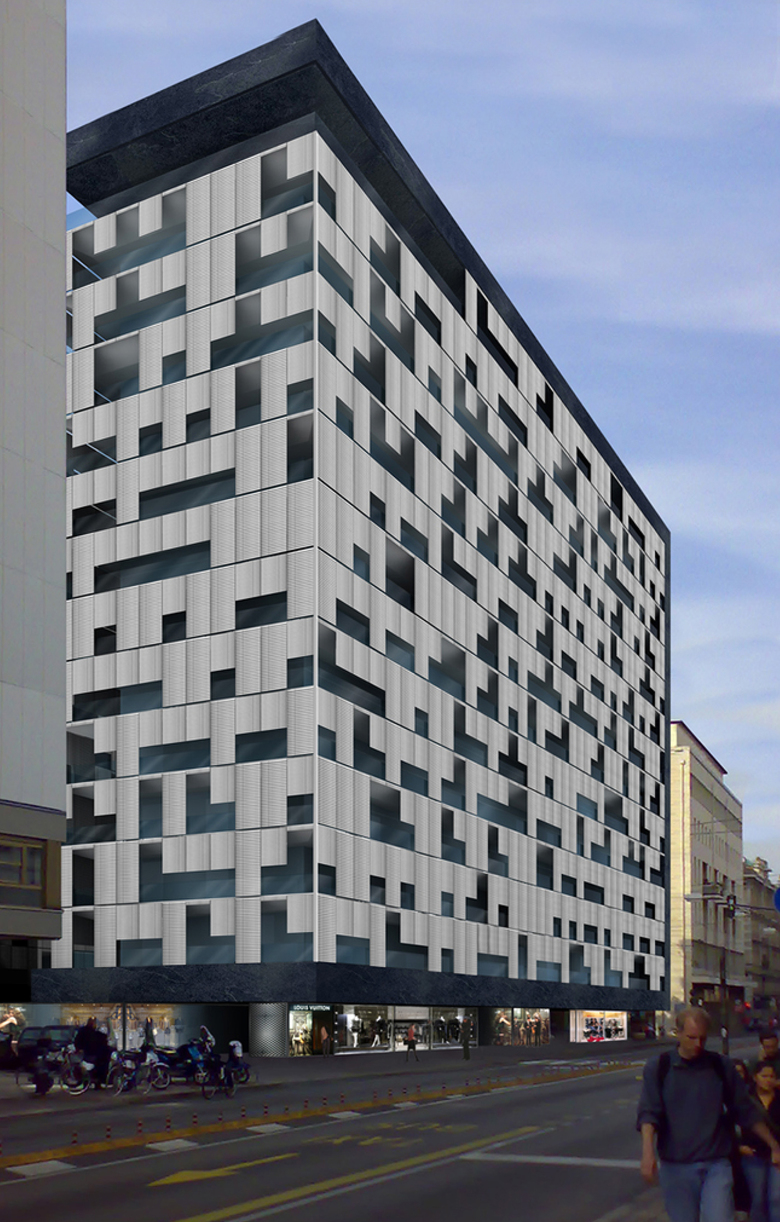 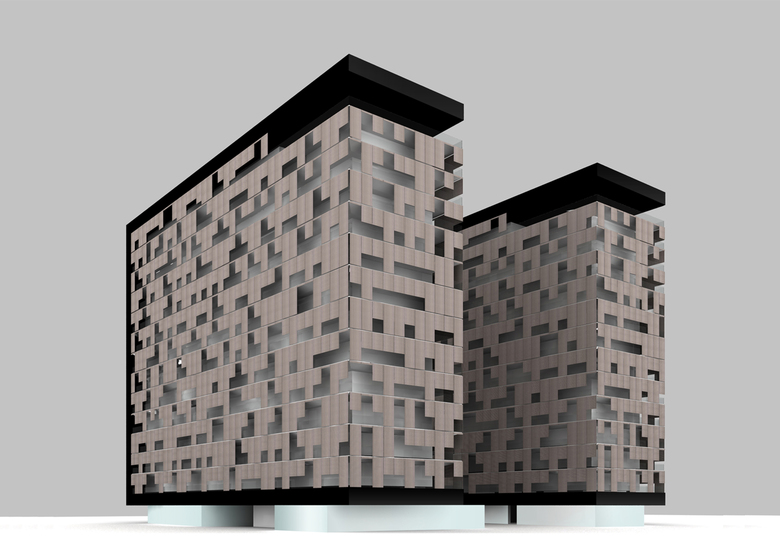 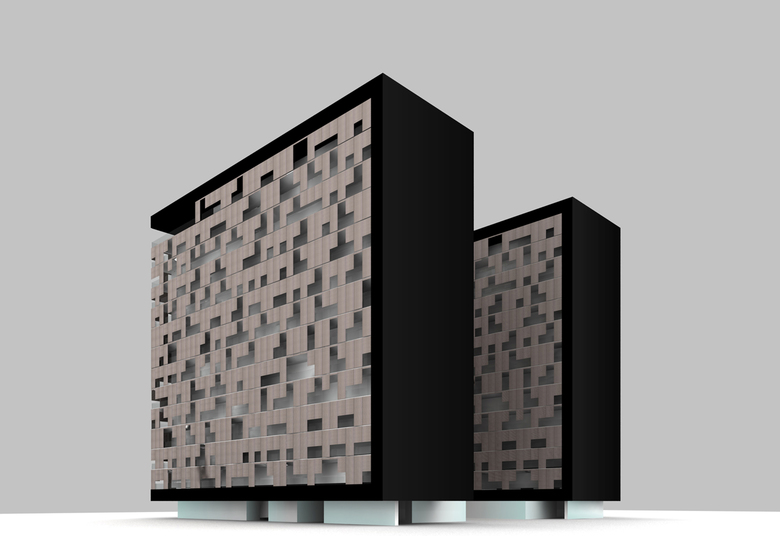 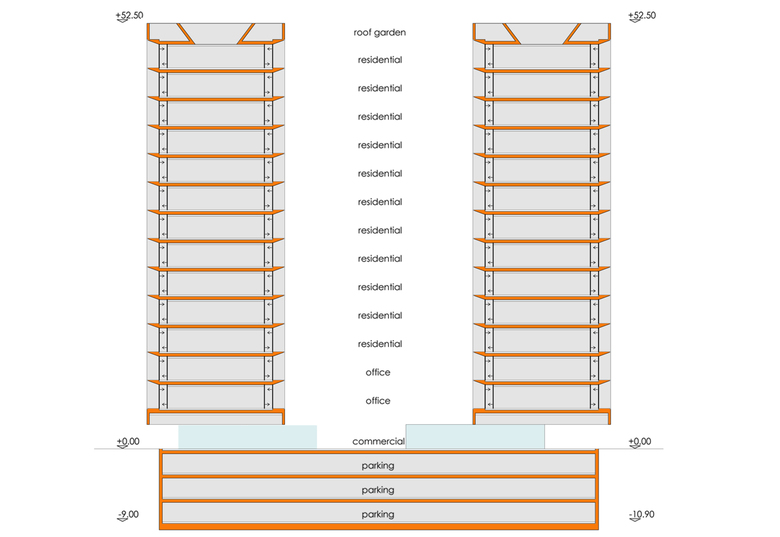 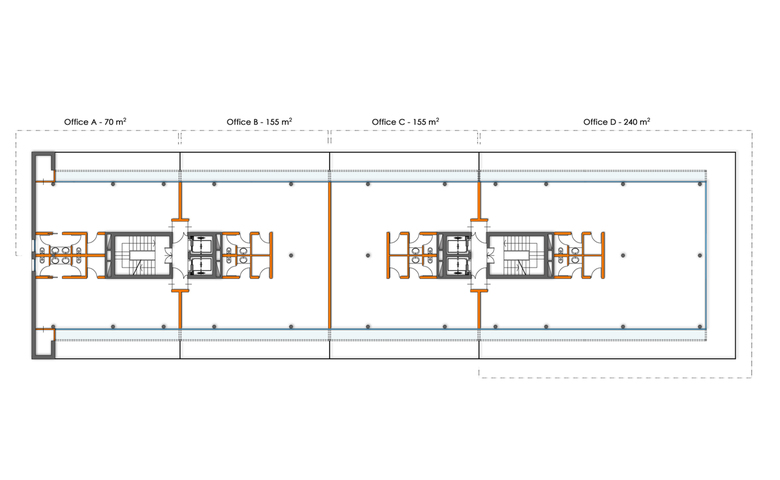 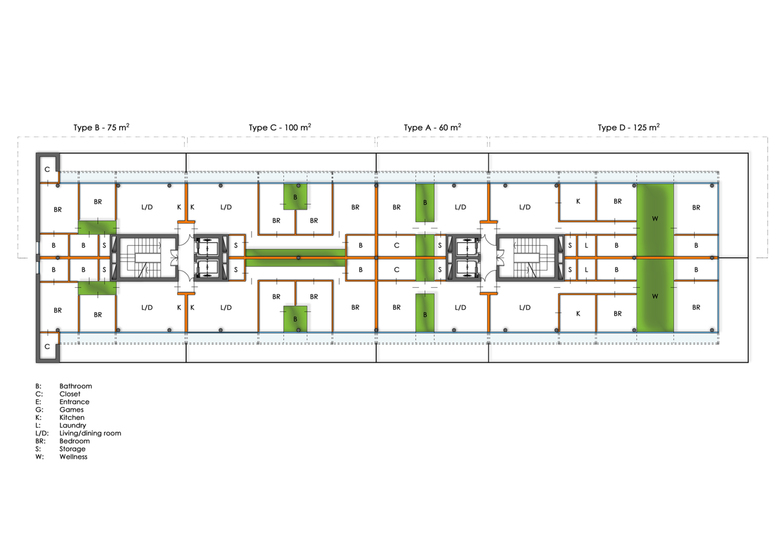 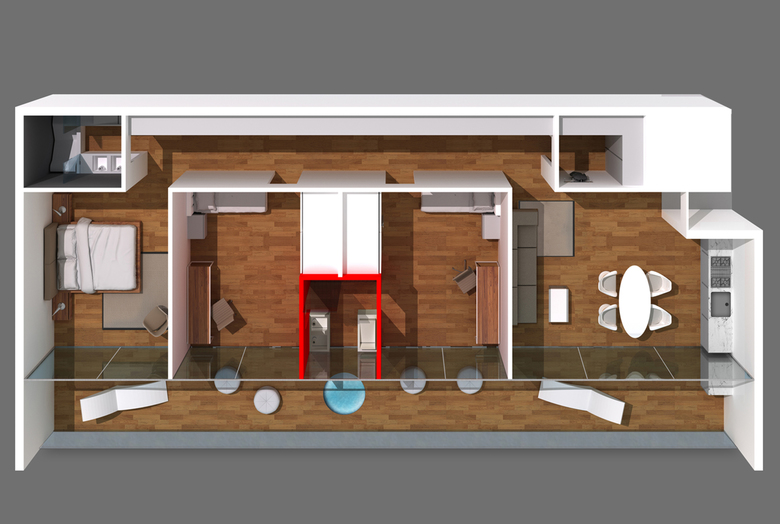 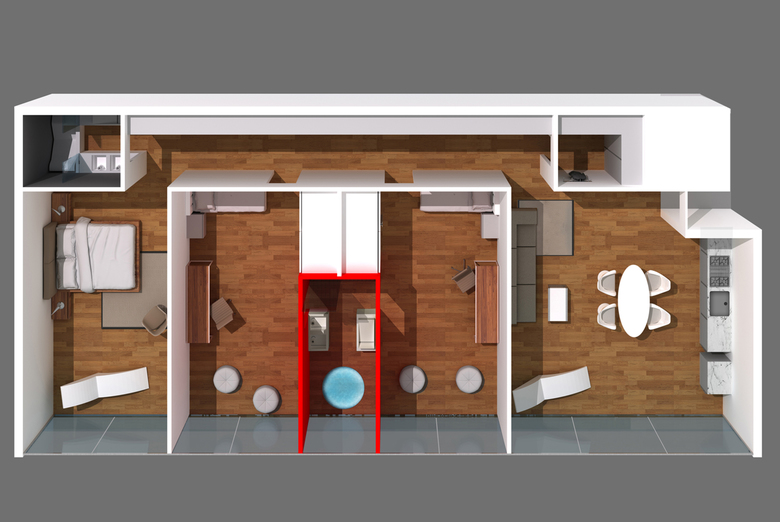 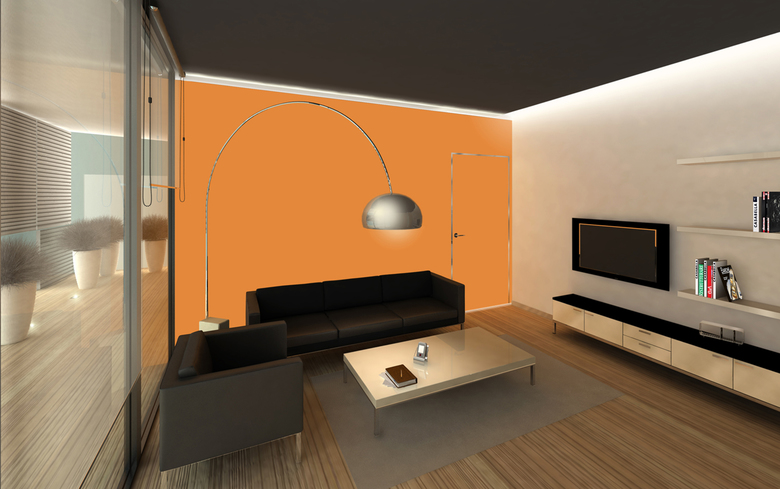 The project includes the demolition of an existing building, dating from the early ‘60s, and the reconstruction on the same parcel of two energetically sustainable buildings with anti-seismic structure. The permeability of the buildings at the ground floor, guaranteed by pedestrian paths crossing the site, creates new spaces of social aggregation -public square- and a new green space in a heavily built area. The orientation of the buildings allows having the two long fronts facing east and west, a short blind north front and a south front open toward the city. The three open sides, defined by a curtain wall, are drawn back from the thread of the attics projecting a constant shade. The solar radiation is prevented by the building second skin, made of metallic rolling-up fabrics placed at the external limit of the attics. The space between fabrics and glass front creates a hybrid space, a covered but open terrace, whose depth can vary from a minimum of 1,50 m to a maximum of 2,50 m. The physical façade limit, made by all-height glass doors, is movable: this system allows to guarantee an inner bigger space during winter and to add more space to the terrace during summer, according to the weather. Internal volumes - sort of boxes containing toilets, corridors or distribution fixtures - allow a rational layout and the functional specialization of its spaces. These boxes have a precise formal characterization being covered with a customizable tensioned backlit textile. Each building block has two cores containing vertical connections (stairs and elevators), responding to anti-seismic standards and allowing to reach a rational layout and plant optimization. The internal design is guided by principles of spatial rationality, use of natural light and ventilation. Particular attention is paid to energy efficiency thanks to plan orientation, double skin, sunlight protection, use of renewable energy sources (geothermal and solar).